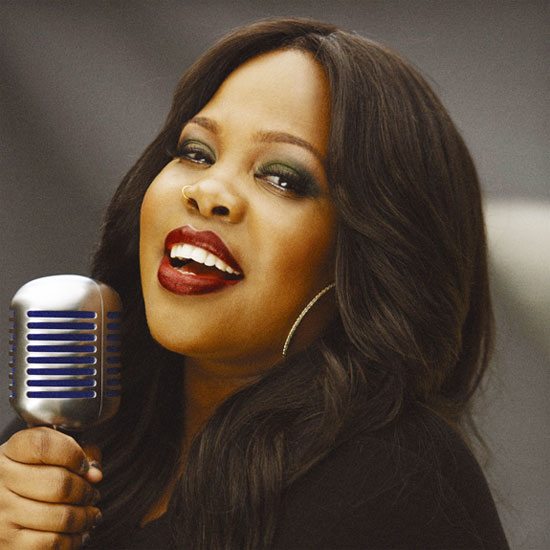 We’ve been #TeamAmber around these parts ever since the vocal dynamo wowed us when she sang her first note on Glee. That’s why we still can’t fathom why some record exec hasn’t snatched up Amber Riley and signed her to a lucrative recording contract. While she’s been known to do her thing mostly on stage and screen — like her turn as Addaperle in The Wiz Live! — she can also steal the shine on record. Just ask Todrick Hall, who gave Amber not one but two solo cuts on his own visual album, Straight Outta Oz.

While our thirst for material from Amber was always there, it’s been strengthened by Amber’s current run as Effie White in the first-ever London production of the iconic musical Dreamgirls. Reviews have been overflowing with praise of Riley, who leads the cast, and her showstopping performance of the play’s signature song, “And I Am Telling You I’m Not Going,” at last year’s Royal Variety Performance shows just how outstanding her voice truly is. Though it seems that Amber reprising the role on the Broadway stage is in the cards, we pray that the ever-budding star finds time to book a studio and put together that album we’ve been hoping for. — D-Money