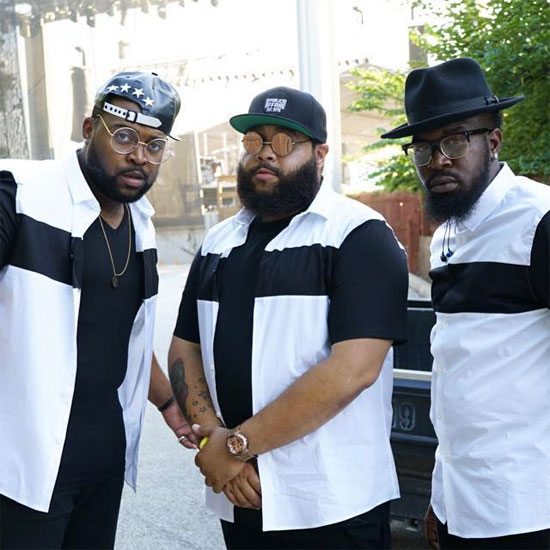 Forget what ya heard. R&B isn't dead, it never left AND it's here to stay! But, we have to admit, male groups are an area that could use a little more representation at the moment. So when Anthony Hamilton's background singers The Hamiltones began branching out and going viral with hilarious jingles and soul cypher-worthy flips of hip-hop tracks, we couldn't get enough. The harmonious trio has great chemistry and they certainly know how to make us laugh, but most importantly, the brothas can sing (correction, saaang).

Last spring, we sat down with 2E, J.Vito and Tony Lelo and the fellas made our day (twice over) by 1.) letting it slip that they'd been working on some new music and 2.) chasing that good news with a Bounce-Worthy theme song for our site. Well, they made good on that promise and wrapped it up in a bow to gift us with a SoundCloud page filled with holiday vibes, funky jams and slow grooves just in time for Christmas. But five songs, amazing though they are, do not take the place of an official, full project. We know we're being greedy. Still...we're gonna need to see that album, bruhs...and preferably before the summer. In the meantime, look for The Hamiltones to make a featured appearance on the upcoming FOX series Shots Fired when it premieres in March. — B. Cakes