Home A Soulful Noise, First Spin, Free Music, Pause For A Cause 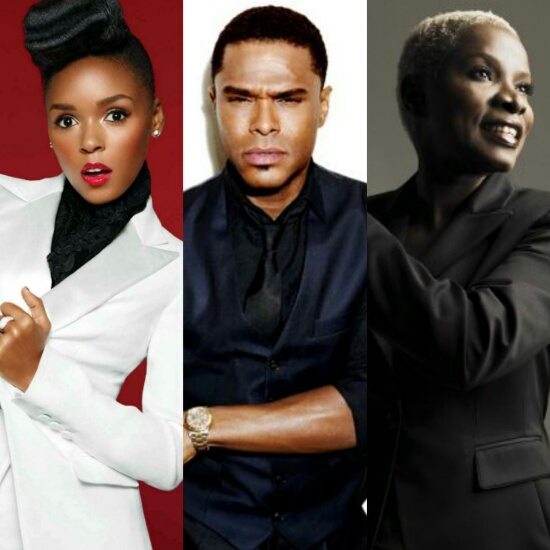 When a swarm of big name artists descends on Washington, D.C. this weekend, it won't be to perform for the President-Elect's Inauguration. Instead, artists like Maxwell, Janelle Monáe and Angelique Kidjo will be on hand to show their support for the Women's March on Washington, which will take place on Saturday, January 21st.

The announcement comes ahead of the event, which was organized in response to the incoming Presidential administration to take a stand for women's rights. Additional performers include St. Beauty, DJ Beverly Bond, MC Lyte, Samantha Ronson, Emily Wells, DJ Rekha, the Indigo Girls, Mary Chapin Carpenter and Climbing PoeTree. "I am honored to join this critical movement to bring justice and equality to all,” Monáe said in a statement. “Music has always been a powerful tool for galvanizing unity and I believe that singing and standing together, our voices will be stronger than any force that tries to repress us."

The March isn't the only draw on Saturday, however. The historic event will also include an Artist Table, a collective of artists who will join in solidarity either by attending one of the many sister Marches that are being held across the country or via social media. Questlove, Rakim, Grimes, Matt and Kim, TV on the Radio and Lila Downs are just a few of the celebs who have confirmed their support thus far. Explaining why it was important to participate, Maxwell added, “We are here because women are every bit as capable if not more able to pursue any goal they set forth for themselves. Were it not for the limitless depths of their love we would not be the men that we are."

To commemorate the March, Toshi Reagon, who is also serving as the event's Musical Director, recorded an updated take on Sweet Honey in the Rock's "Ella's Song" alongside BIGLovely. Reagon has a personal connection to the song considering that it was written by her mother Bernice Johnson Reagon, a founding a member of the famed a cappella group. The song, which will be performed live during the March, is available for free download via SoundCloud.

While the performances are sure to be a draw for many in attendance, Reagon hopes that ultimately the music serves a vehicle to get their message heard. “Music engages every part of the body. It is also a call," she said. Anyone within the sound of a voice ringing a good song has the opportunity to join in congregation and not only tell a power for story, but make necessary declarations. Now is the time for action. Now is the time for singing our songs together."

For more details on how to show your solidarity with the Women's March on Washington or to find your local March, visit the official website.