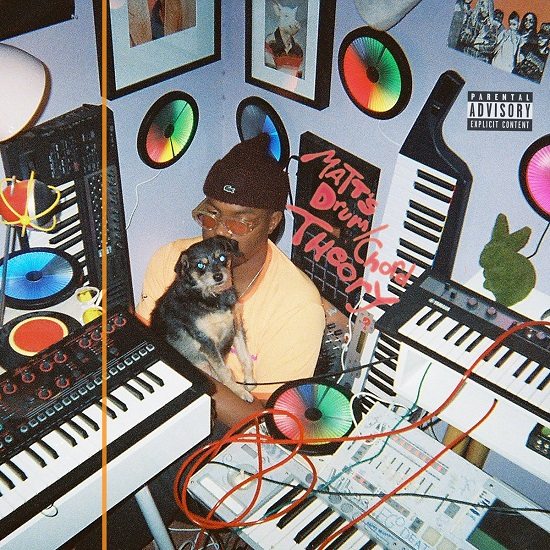 So, it looks like we're going to be getting a lot from The Internet — and much sooner than we expected. Just last week, we got Syd's first solo single, "All About Me," and the announcement that her first solo effort, Fin, would be arriving on February 3rd. Now fellow group founder Matt Martians has announced that his new solo joint, The Drum Chord Theory, will also be arriving soon — the very crowded January 27th, to be exact. Yes, that's next Friday and yes, it's just a week before we Syd's album drops. Matt was also kind enough to give us a preview of what's to come with the set's lead single, "Diamond In Da Ruff."

"Diamond" finds Matt departing from the more mainstream sound of Syd's single, with it hewing a little bit closer to the sound aesthetic that The Internet established on their previous albums. But don't get it twisted, Matt manages to work in his own bit of flair here. It begins with a '70s-style rhythm guitar line and a scream (literally) before Matt's vocal is ushered in by a thick, funky bass line (more than likely owed to the song's co-producer and his Internet partner in crime Steve Lacy). "I just want to be with you only," he speaks before launching into the slightly jumbled chorus, singing, "You don't understand why I don't want nobody around you, baby / I worried they'll find out how I found you, cuz maybe / They'll try to take your love away from me / I found a diamond in the rough."

The sweet, yet slightly paranoid sentiment is then interrupted by a phone call that switches up the groove entirely, with an elastic bass line, synth keys and scratches replacing the groove as an irate woman goes on a tirade. Despite this, Matt is feeling happy, singing, "What is this I'm feelin' / Feelin' that I can't let go / We ain't spoke in a minute / But something keeps me whole." From there, he ends the track softly, with just his vocals and keys before an abrupt halt.

"Diamond In Da Ruff" definitely has us open. And with features from Syd, Steve and Kari Faux and production from Matt, Steve and Tyler, The Creator, The Drum Chord Theory looks to be yet another album from The Internet collective to look forward to in 2017. Listen to "Diamond" and peep the tracklist for The Drum Chord Theory, which is available to pre-order from your digital retailer of choice now, below.