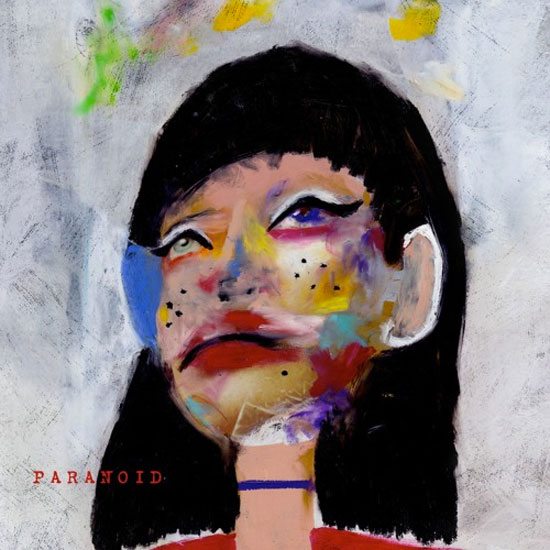 Singer Maxine Ashley has started 2017 off on a high note. With the release of her second EP Paranoid (her debut Mood Swings was released in 2013), the Bronx beauty gives us an audible escape from the dread left by 2016 and the anxiety from not knowing exactly what this year will bring. As she sings, Ashley sounds as if she’s floating and she's invited listeners along for the dreamy journey. With the help of production from London-based producer/musician/songwriter Liam Howe, Atlanta-based trio WatchTheDuck, Isabella Summers, David Embree and Charlie Prince Wilson, the project is a seamless blend of pop and alternative R&B.

While most of the six-track EP is pretty cohesive, the listener is jolted out of a harmonious haze as track three, "Run From Reason," opens with the lyrics, "Sometimes I swear I f**kin’ghate you / Sometimes I don’t." The declaration, and the anguish with which Ashley delivers it, is totally unexpected. Also completely unforeseen is the inclusion of a snippet of Steve Harvey’s “Jump” testimony, in which he discusses the fear associated with leaping toward one’s dreams using a parachute analogy. This motivational gem serves as a prelude to the EP’s final track, the glitchy industrial pop number “Free Fall.”

Having been an independent artist for a number of years, and previously affiliated with Kerry “Krucial” Brothers’ Krucial Noise label, Ashley wants her fans to know that she has a ton of music waiting to be released. Currently signed to Pharrell Williams’ I Am Other label, we expect to see much more from her in 2017 and beyond. Stream Maxine Ashley's Paranoid EP right here and keep up with her musical moves on SoundCloud, Facebook, Twitter and Instagram.