Missy Elliott Comes Back Feeling ‘Better’ Than Ever 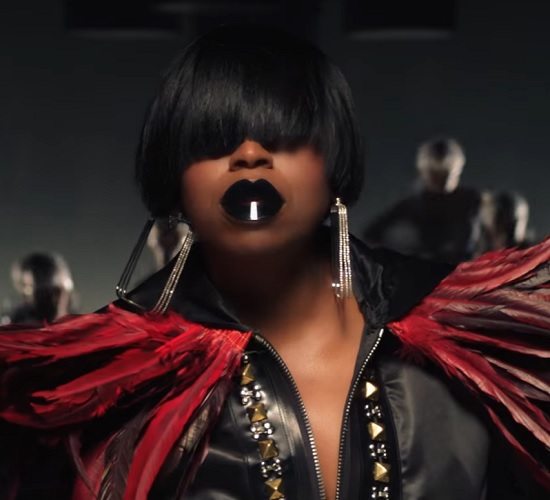 In late 2015, Missy Elliott shut the whole world down — again — when she dropped her unexpected comeback single and video "WTF (Where They From)." Then, just in time for the last year's Super Bowl, she dropped another banger with "Pep Rally" that had visions of a new album dancing in our heads. Then, Miss Misdemeanor kinda left us all hanging. No news of a new album, no new singles, no new videos, no new nothing. What was up? Well, it seems as though Missy's making another push, but this time she might also have a bit more than two singles and a video up her sleeve. At midnight today (January 27th), Missy dropped a trippy new video for her brand new single "I'm Better."

"I'm Better" finds Missy playing with a different sound. Compared to her previous joints, the song is damn near minimalist, with just beeping synths, booming 808s and hi-hats sounding off like machine guns. It's pretty much Missy going trap, or at least as close to trap as Missy can go. But rather than talking about drugs, money, cars and broads (aka typical trap fodder), she talks about how fly she is, dudes trickin' 'cause she's got it...and yeah, some money and car talk is thrown in, too. Still, this one will definitely bang in the whip. And, of course, Missy doesn't give us a phoned-in video. She teams with frequent collaborator Dave Meyers to give us an altogether different vision than we could've expected. Missy and her band of dancers go through several hip-hop-inspired couture looks, and several different wigs, as they take us above ground and underwater in the clip. It all looks pretty out of this world (with only track collaborator LAMB looking like he might've been born on Earth), especially when the dancers do possibly the first-ever dance routine on exercise balls — or at least that we can recall in recent memory.

In addition to "I'm Better," Missy also dropped news that a documentary about her groundbreaking career is on its way by way of a teaser trailer. From the looks of it, the doc is going to take us behind the scenes of her current recording process while also taking us on a walk down memory lane as her friends and peers recall what makes Missy so iconic in the first place. Meyers, Pharrell Williams, Busta Rhymes, Sylvia Rhone and a host of others (though, surprisingly, no Timbaland) sing Missy's praises and pay tribute to her mold-breaking talent in the brief clip as Missy walks us through her musical and visual process. Looks like this one is going to be must see.

Peep both the video for "I'm Better," which is available at digital retailers now, and the teaser trailer for the upcoming doc, which is set to arrive sometime this year, below. As for official information about an album, we'll keep you posted whenever Missy decides to give us specifics.