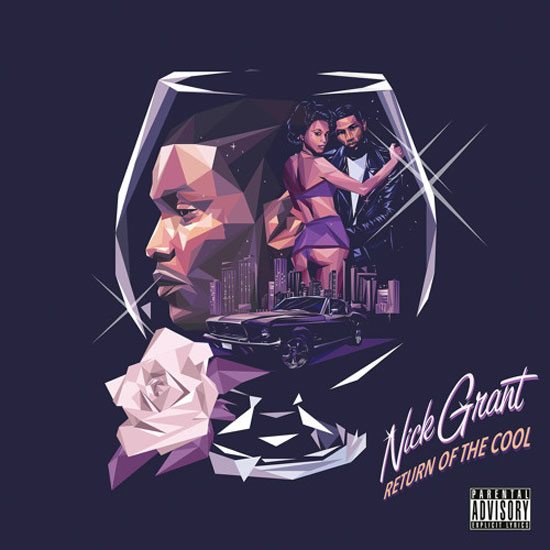 Yes, hip-hop endures. Old hip-hop heads get entrenched in their b-boy stances and with curmudgeon-like certainty declare that anyone born after the Golden Age does not know hip-hop. Their position becomes even more entrenched when met with new kids who christen themselves "Lil'," "Big" or "Young" whatever. But along the way, some young cats came along and challenged the old heads' defiance about who knows and, more importantly, who represents hip-hop. Big K.R.I.T. stands out. J. Cole comes to mind. Kendrick Lamar took things to a higher level. Even Vince Staples and Joey Bada$$ have proven that some of these younger artists are in fact hip-hop. Now, we can add Nick Grant to the list of the next generation of rappers who can carry the culture forward.

Nick Grant is somewhat of an anomaly. He's relatively youthful but, at 27, older than most young rappers. He is from Walterboro, South Carolina, but his rhymes are far from small town. Grant spits real bars defying the stereotype that Southern rappers aren't lyricists. His maturity and skill are heard on his debut album, Return of the Cool.

The first listen to Nick Grant's Return of the Cool will not change your life, but it will give you hope. Unlike newfangled mumble rappers like Desiigner and Lil Yachty, Grant enunciates and you can actually comprehend his lyrics throughout Return of the Cool, which helps listeners appreciate his witty wordplay. "Now I’m strong arming the game, Angela Bassett," he spits on opening track "Sometimes." Later on album closer "Luxury Vintage Rap," he boasts, "I’m cut from Biggie’s Coogi sweater cloth." If you're a fan of lyrical skills, then you will have that proud smile that comes when you hear a good line, bars that pay homage or lyrics that deliver a punch. Nick Grant has those rhymes for days. With an album-opening one-two punch of "Sometimes" and "Drug Lord Couture" through the ending combination of "Return of the Cool" and "Luxury Vintage Rap," this album makes a strong impression.

While Nick's lyrics can spur nostalgia, the production of Return of the Cool makes a very good thing, great. "Gotta Be More" could easily segue into Common's Like Water for Chocolate album without missing a beat, and that's probably because the beat is also furnished by producer Karriem Riggins. Couple Karriem's sounds with Nick's bars and some vocals from BJ The Chicago Kid, and that equals a winner (or a damn close runner-up to "Drug Lord Couture" and "Return of the Cool as the most replayable tracks). The soulful production of the album also includes tracks by Organized Noize. Of those, "The Sing Along" features that gritty, Southwest Atlanta sound reminiscent of their past work with OutKast and Goodie Mob. The insightfulness both groups used to convey with their rhymes is also recaptured by Nick's bars ("Everybody's the plug, but none you niggas in charge") and the soulful, truthful hook sung by Ricco Barrino holds up a mirror for listeners' introspection. Here, Nick clearly distinguishes himself from other rappers and also as someone who channels Andre 3000's sentiment that the South got something to say.

Return of the Cool isn't flawless, however. There are a handful of tracks that are just okay in the overall context of this album. Perhaps if randomly heard in a mix with tracks from other rappers, songs "Bouncin'" and "Get Down (Poonana)" would sound more appealing, but here they are closer to album filler. WatchTheDuck join Nick on the single "Get Up," but the track would probably fit better on their album than his. "All of You" is smooth ode for the ladies while "PPIPP" reflects a less gentlemanly side, with "All of You" being the better of the two tracks.

Overall, Return of the Cool is better than good and, while it is a few hits shy of a classic, it does establish Nick Grant as a reputable rhymer whom fans can excitedly look forward to more authentic hip-hop from.