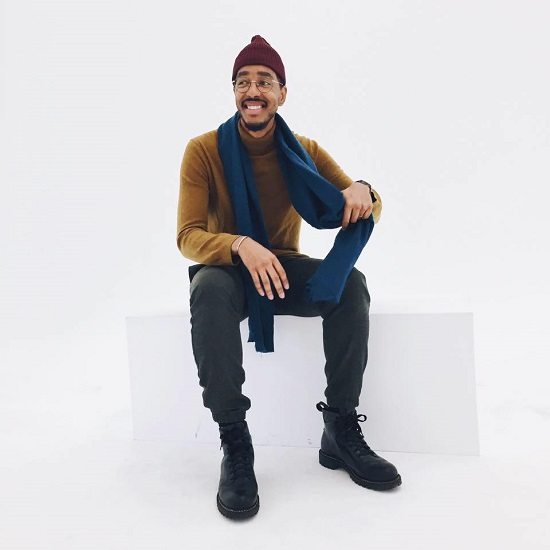 First things first: Oddisee is pretty dope. The rapper and producer, who recently celebrated a birthday on January 1st, is readying his latest effort, The Iceberg, for release next month. In anticipation of the project, he's giving us a taste with the release of his single "Things" — and it's cold in the best way possible.

The jam starts off with a cacophonous vocal sample and guitar pile up before settling into the groove after a hand clap. From there, he takes us on a musical journey that mashes up '90s house with modern hip-hop, recreating a time when the genres were regularly combined back in the day. However, though the song's sound is upbeat, Oddisee definitely has some things on his mind in the lyrics. "I want a lot more things / Biggie tried to tell me what a lot more brings / A headstrong man will take a lot more strain / Seeing pleasure in the presence of a lot more pain," he raps at one point. Later in the track, he relates the troubles on his mind to the world outside of him, rapping, "We just want to matter more / Trying to be the matador / In a pit of bull / Trying to gather our status in the masses / Looking at the glass saying that's pitiful."

In addition to "Things" and his upcoming album, he's also taking his show on the road and all over the world. Oddisee's 2017 World Tour kicks off in Paris and hits cities throughout Europe and North America before winding down at New York's Highline Ballroom in May. Check out "Things" and his tour dates below. Look out for The Iceberg to arrive on February 24th.


TAGS:  audio, oddisee
Previous: JimiJames Takes George Michael’s ‘Careless Whisper’ To The Club Next: New Trailer For BET’s ‘The New Edition Story’ Has Us Even More Excited Than Before