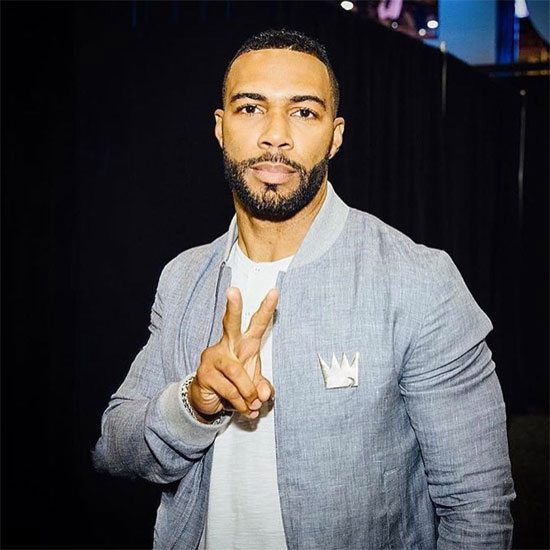 While we know Omari Hardwick as an actor first, playing Ghost on the 50 Cent-produced drama Power, the 43-year-old can also drop a mean flow, too. The former host of Verses & Flow released an album, Return of the Poet, in 2002, to little fanfare. He then popped up with some spoken word on Eric Roberson's "Love's Withdrawal" from his album, Mister Nice Guy. However, now that his star has risen a bit more since he was a starving actor sleeping on Denzel Washington’s couch, Omari Hardwick, the artist, is ready to try his hand at music one more time on the track “Bloodshed” featuring Josiah Bell.

Instead of the boom bap or gangster flows we’d expect from his character on Power, Hardwick delivers a conscious message, waxing poetic about injustices while mourning those he’s lost. The track opens with Bell sweetly singing, “I feel safer in my dreams / Than to wake up to my reality,” over stark piano and atmospheric sound. Meanwhile, Omari fires off gems, knowledge and insights faster than you can catch up to the punchline, the frenzy of his flow underscoring his message: “This ain’t about just blacks killing blacks that would be like doing 3/5ths of this track / Why would I do that?” Unfortunately, his enthusiasm for his message and his delivery can be a bit overpowering, especially as the track rises to a fever pitch. Of course, that might be the point as he highlights the overwhelming state of our reality.

“Bloodshed” is the first taste of Hardwick’s upcoming album, Later Decatur, an homage to his hometown of Decatur, Georgia, the city that raised him, but which he also he had to leave to continue his own rise to fame. As we prepare for the Presidency of He Who Shall Not Be Named, “Bloodshed” might just be the Black power anthem we need to fuel our marches, revolts and protests. Hit play below and let us know if Omari Hardwick inspires you to take action.