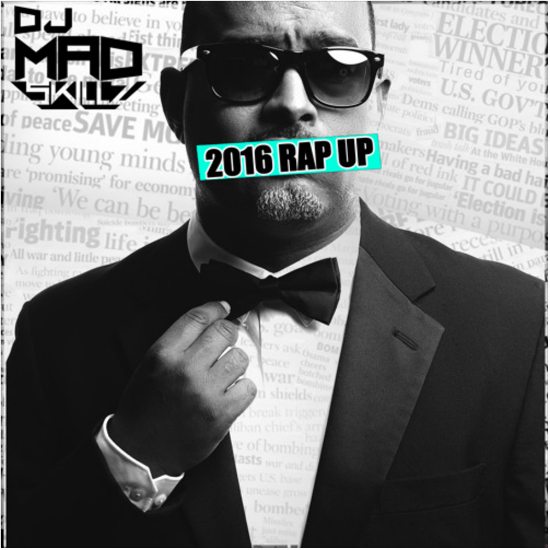 While 2016 is over and gone, the very bitter aftertaste of last year tcontinues to linger on the tips of our tongues as we swear that 2017 will not be the same. Our resolutions and our constitutions simply won’t allow it. However, before we put the official fork in 2016, we need to make room for our main man Skillz to drop his annual yearly rap up. Since 2002, the VA-rhymeslayer and DJ has helped us reminisce over the good, bad and the ugly of the past year. While his “2016 Rap Up” is a little more morose than usual, for good reason, Skillz still manages to add enough insight and punchlines to keep us entertained and hopeful.

Over an instrumental of Young M.A.’s “Summer Story,” Skillz brings weight and levity to the biggest events of 2016. As a certified rhymeslayer, both onstage and behind the scenes as a ghostwriter, Skillz’s couplets are quite clever, remarking, “Instead of being woke tho / You’d rather play Pokemon Go,” shouting out Anderson.Paak for having the album of the year and lamenting “Get an iPhone with no headphone cord / Or get a Galaxy and go meet the Lord.” However, it's this lyric that sums up the year and our outlook on 2017: “2016 was a bully and a punk / And on top of that we gotta deal with Donald Trump?”

As we prepare to make good on our resolutions and pray that 2017 will be better, Skillz's “2016 Rap Up” gives us a little fuel for our fire to make sure that the year that will be won’t be the year that was.