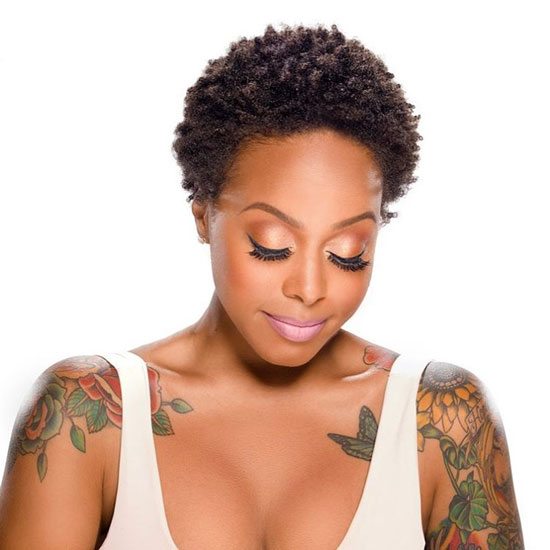 D-Money: I mean, as someone who actually likes spoken word (IDC, IDC), this mess was offensive. The only good part was when she started throwing in punchlines. And then she thought that “borderline” and “pinnacle” meant the same thing...

Ken: Well, whether you like spoken word or not, she’s hustling backwards with this flow.

Butta: Exactly, Ken. This is doing her no favors. Like who is this for? People who aren’t listening and officially stopped caring about her last week? Her supporters who were telling her to “make that money, queen” and “get that bag, sis”? Meanwhile, they haven’t bought an album or concert ticket since Epiphany.

D-Money: Hell, most probably didn’t even download that FREE mixtape she dropped last year. If I were her, though, I’d be trying to see how I could parlay this into a country music career. She’s pretty much done in R&B.

Butta: I don’t know about country, but I could have seen her trying to segue into gospel, which is largely a forgiving genre. I hear Vicki Yohe might be in the market to collab. Lord knows they both need Jesus, Mary, K-Ci AND JoJo after the week they’ve both had.

D-Money: Nah, she really leaned into that “blipster” image. I don’t think she’s gonna fit in with that right-wing gospel bunch too well. I mean, unless she pulls a Kim Burrell.

Ken: Well, like Kim Burrell, she seems to be short-sighted. I don’t understand how celebrities say things that go against their own best interest, especially when another celebrity just got clowned by Black Twitter for doing the same thing. Jennifer Holliday saw her little coins potentially drying up and course corrected. Chrisette should have followed suit.

Sure, you might wear your art as your crown, but it ain’t gonna protect you from this proverbial beat down to your bank account.

D-Money: Chrisette seems like the type to keep doubling down, even when she knows she’s dead-ass wrong. And then her soon-to-be hubby Doug Ellison and Talib Kweli are going at it on Twitter (and Talib was getting in that ass something serious).

Butta: Oh, Talib ALWAYS has time. That exchange was lit. Has Spike chimed in yet? That’s the clapback I want to see.

This piece should have been titled “Loud and Wrong.” There’s no excuse whatsoever for her to have performed at Orange Foolius’ inauguration. No matter how big the payout. The gag is he wasn’t even there in attendance when she performed at the ball.

Ken: The only excuse would have been if she got up there and sang some revolutionary s**t or something incendiary. “Strange Fruit?” “Is Massa Gonna Sell Us Tomorrow?” “Knuck If You Buck?”

Butta: But she didn’t. Folks were giving her too much credit thinking she might do something revolutionary. Hell, I was low-key hoping she showed up in a Black Lives Matter kente cloth gown, but alas she didn’t. She didn’t even wear her natural hair, which she’s been proudly flossing on the ‘gram all month. Even that would have been a silent act of defiance.

D-Money: Right, and then she’s trying to get all pseudo-revolutionary evoking Dr. Martin Luther King, Jr. and John Lewis. But notice that any critique of Trump is peculiarly absent. If you’re gonna say bulls**t like you wanna be a “bridge” then you need to call everything out on the floor. This whole thing is an exercise in fake deep.

Butta: Peak fake deep. In the track’s description on Audiomack, it says “With poignant detest for the system, disappointment with celebrity jabs and dedication to Women's Rights, Michele really hopes to take a well spoken stab at holding hands with America.”

*insert Kanye West "HAHNNN?" here* Women's Rights? But she was nowhere to be found at any Women's March protests this weekend, though. She tried it. Girl. Good. Bye. “No Political Genius” is simply wilted word salad.

D-Money: Smothered in ranch dressing and heavy on the cheese.

Butta: I’m bothered that she makes no mention of Trump as well but goes OFF on Spike and then mentions Ben Carson in the same breath as John Lewis. Like, what? Who does that? *stares at her Ice Cubically*