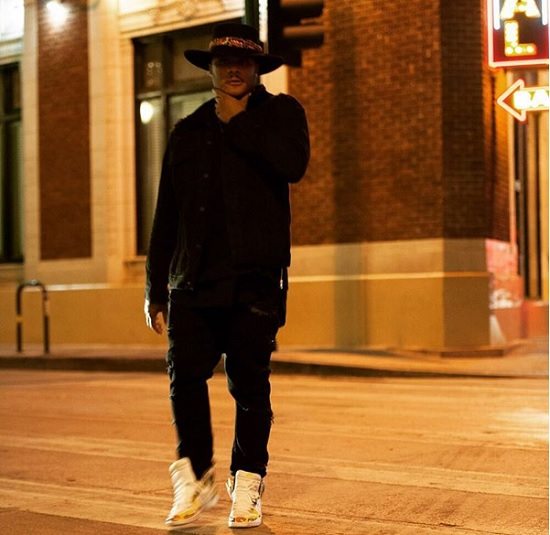 GRAMMY Award-winning drummer and producer Ronald Bruner Jr. has gifted us with a single from his debut album, Triumph.  The track, entitled “Take the Time,” is all about spreading love, which we can all use a lot of right now. With the soothing elements of jazz, the rousing energy of rock and the universal appeal of pop, it’s difficult to place this joint under any genre exclusively, and we like it that way. Bruner’s signature snare snaps intensify the track and the vocals, laid by his brother Thundercat, help to smooth it out a bit. The result is just damn good music.

“Take the Time” serves as a tasty sample of what’s to come from the full album, which is due to be released March 3rd via Alpha Pup.  The project is chock full of creative genius and is the product of the LA-based collaborative known as the West Coast Get Down, which includes Bruner, Thundercat and saxophonist Kamasi Washington, among other gifted musicians. In a recent interview, founding member and bassist Miles Mosley revealed that the collective recorded 170 tracks in 30 days. The fruit of their labor helped to create Mosley’s upcoming album, Kamasi Washington’s debut The Epic and Bruner’s Triumph, which also features his other brother, Jameel Bruner (from The Internet), Mac Miller and late jazz legend George Duke.

Get ready for this gem, which promises to be a musical masterpiece, and give “Take the Time” a spin below, where you can also take a peek at the tracklist. Pre-order Triumph now.

TAGS:  alpha pup, george duke", Jameel Bruner, Kamasi Washington, mac miller, Miles Mosley, Ronald Bruner Jr., The Internet, thundercat, west coast get down
Previous: dvsn Takes Us Under In ‘Too Deep’ Visuals Next: Nick Grant Has Something To Say On ‘Return Of The Cool’