The ‘Sandman’ Takes Tameca Jones On An Emotional Rollercoaster 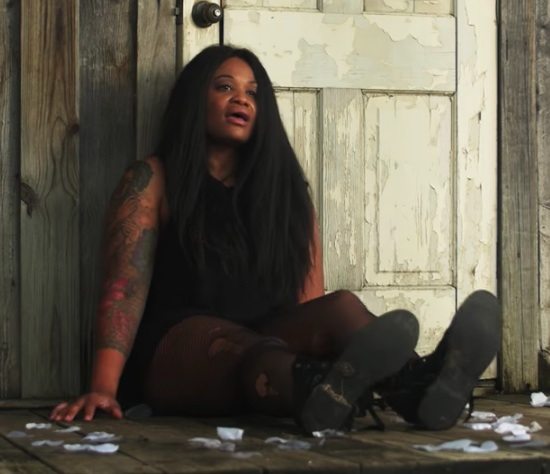 Austin’s native child Tameca Jones is primed for global acclaim with her soulful debut EP, Naked. Already an esteemed cover artist, this live-performance powerhouse has “sonic honey” of her own to spotlight. The album’s first single, “Sandman,” is a debut for her on several fronts: “The song ‘Sandman’ was my first sonically edible song to make. This video is my first music video. I think it is pretty cool how both of my firsts aligned like that.” We do, too.

Sultry visuals for “Sandman” do not wilt from the steam coming off this track. Taking her lead from Tameca’s satin vocals, director Megan Elizabeth Cardwell honors the song’s lyrics with beautiful cinematography showcasing a backdrop of arousing summer days and nights. Sexy skinny dipping, Jack Daniel's cocktails, and poetic cyphers for two are the things this video’s romance is made of.

We too are engulfed by Tameca’s torrid love affair. Her melodic wails refuse to allow our escape anyway. Her future torment is quickly understood when narrative clues reveal signs of combustion lurking on the horizon. But Tameca is living in it; she doesn’t see what we see. Her lover’s clandestine departure early one morning is a loss that surprises only her. When she wails, "I'm drowning in sand," it is the only way to describe the emotional havoc he’s left behind. The storyline flow is flawless.

"Sandman" is as naked as the EP’s title and is an apropos first release. For Jones, it’s representation is even more significant: “I really think the song ‘Sandman’ reflects my naked self.” We appreciate her taking the covers off.