Tinashe Takes Over The Dance Floor On ‘Company’ 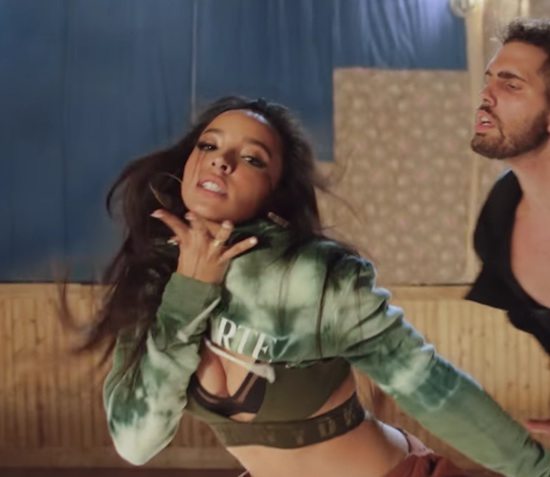 Do you know what the game’s been missing? Dance videos. Yeah, we know, we know, there are a multitude of videos with dancers in them and even some outstanding choreography. However, these are usually quick cut affairs that don’t really showcase the talent of the artist. Outside of Chris Brown, who’s really giving us more than a two-step? The last memorable dance video was probably Drake’s “Hotline Bling.” But Tinashe’s video for “Company,” just might give us a little hope. The last time we saw Tinashe, she was getting down and dirty with Britney Spears in the video for “Slumber Party.” This time, the “Party Favors” singer is back with another sultry dance routine that shows us how she gets down.

Directed by Jack Begert and choreographed by Jojo Gomzez, “Company” is a dance video recorded in one amazing continuous shot. And by continuous shot, we mean they didn’t make the cuts that obvious. The clip opens with Tinashe and her backup dancers walking out into a smoky room and performing a couple intricate eight counts in the middle of an illuminated dance floor. They’re soon joined by some male dancers who do some bumping and grinding. While the dancers switch in and out of screen as the routines switch up, Tinashe remains front and center throughout the whole production, body rolling for her life. While we were waiting for Tinashe to amaze us with some impossible dance moves like Janet Jackson in “If,” that doesn’t take anything away from the video which kept us entertained from beginning to end.

While Tinashe’s dance tribute to Janet at the BET Awards '15 left much to be desired to say the least, she showed up and showed out with this one. Of course, “Company” isn’t the first time we’ve seen Tinashe strut her stuff, most notably in the “All in Good Time” short film. Hit play and see if you can guess where the cuts are in the video. We made a list, but we’re not sharing.