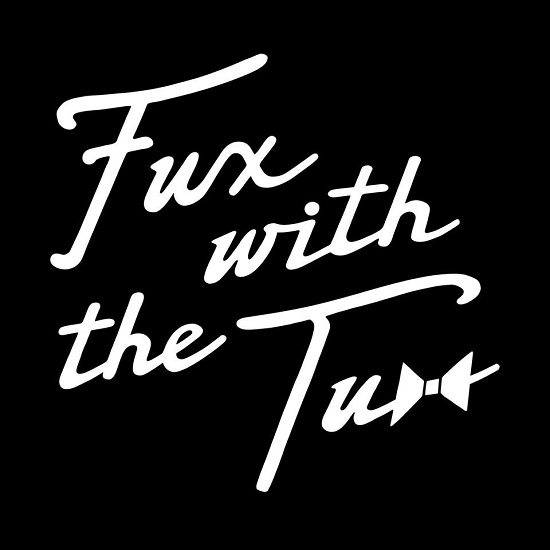 We do indeed hope that your Friday is treating you right. If not, then we've got something that might just brighten your day and maybe even your weekend. Tuxedo, the funky duo consisting of Mayer Hawthorne and Jake One, are back with a brand new EP! The cheekily titled Fux With The Tux is a three-song set that picks up right where their self-titled debut left us and it couldn't come at a better time.

It kicks off with the title track, a disco jam that shares a bit of DNA with Michael Jackson's "Baby Be Mine." The bouncy groove calls us all to the dance floor as the fellas command us to, well, f**k with the Tux (and it also appears to have a cameo from none other than Snoop Dogg, doesn't hurt either). "Special" falls into line with their smash "Number One," complete with a rolling rhythm guitar lick, bumping bass line and Mayer's laid-back, lovey-dovey vocals. The group taps into their inner Rick James for closer "July." Sweet female backing vocals accent the woozy, lovesick funk number as Mayer begs his smokin' hot lover not to leave his side. The piano chords on the verses piano open up to slickly arranged horns on the chorus, making this one a certified jam.

We're not sure if Fux With The Tux is a sign of more things to come this year from Tuxedo and the fellas don't seem to be sharing any other tidbits with us. But what we do know is that this will definitely be getting play from us for the foreseeable future. Get into it when you press play below.