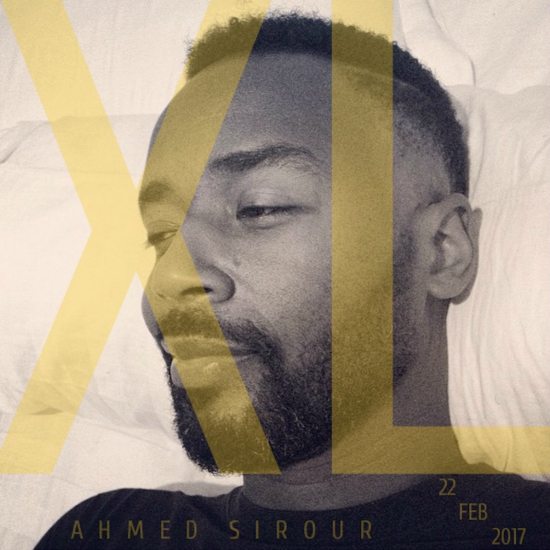 While every year that we're alive is a blessing in and of itself, there's something about reaching a new decade. Ahmed Sirour, one of our favorite producers, recently marked a major milestone birthday this week, turning the big 4-0. However, instead of us showering him with gifts, Ahmed is giving us a gift of his own, releasing a brand album appropriately title XL. XL (which, for those up on Roman numerals, means 40) continues in the tradition that Ahmed has set on previous releases like thEARapy and Collaborations, especially since the set features him clearing his coffers of some of the great work he's created over the years.

"Released on my b'earthday, this was also inspired by a personal speech given to his peers by DJ Jazzy Jeff, who encouraged artists to simply "die empty," keeping nothing but selling or giving away as much music as they can," Ahmed wrote about the project. "Because the point of the creative art we have is to share with the world and not horde to ourselves, and thus is this attempt to purge from my vaults some unreleased joints as well as a couple of instrumental versions of vocal tracks from my previous album."

To that effect, we get a veritable hodgepodge of sounds here. From his jazzy, soulful instrumentals to an instrumental collab with Diggs Duke ("DeeP") to a samba house refix of Robert Glasper Experiment and KING's "Move Love," there isn't a dull moment included here. And, while the guests add a bit of clout, the set shines best when Ahmed rolls solo dolo on the creative instrumentals that show his love for all types of music, from jazz to soul to house and everything in between.

You can stream Ahmed Sirour's XL below. And after you do, make sure to give some love to the birthday boy by picking up a copy of the set on Bandcamp.