Ariana Grande & Future Give You Something You Don’t See ‘Everyday’ 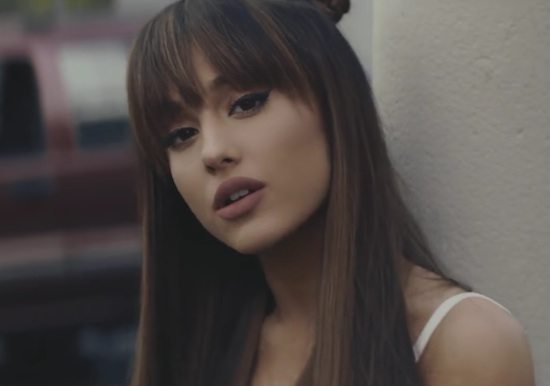 Ariana Grande has released the music video for the fourth single from her album Dangerous Woman, and her timing couldn't be more perfect. The track "Everyday" just so happens to feature Future, who's released two albums in as many weeks and is dominating the charts. Both artists are in the visual, but they are hardly the focal point.

The video for "Everyday," directed by Chris Marrs Piliero, shows you something you don't typically see every day: couples getting it all the way in and on in public. The video begins with a couple kissing each other sweetly until you realize they are going at it on the hood of someone's vehicle while Ariana cheers them on from the sidewalk and the driver and passerby look on stunned. Then there's a couple getting hot and heavy in a laundromat, another getting busy on an office copy machine and a nice elderly couple going downtown on a bus (if you know what we mean).

If you like to watch, the voyeuristic clip for "Everyday" will certainly give you an eyeful. Ariana and Future appear in most of the scenes of folks getting freaky, which leads us to believe they may just be modern-day cupids. Whatever their special powers are that leads people to want to have sexual relations whenever and wherever, they certainly make a good team in their quest to spread love and make America mate again. Peep the slightly-NSFW video here and don't be surprised if your temperature rises a little.