B.Slade Strips Down For ‘Leave The Lights On’ 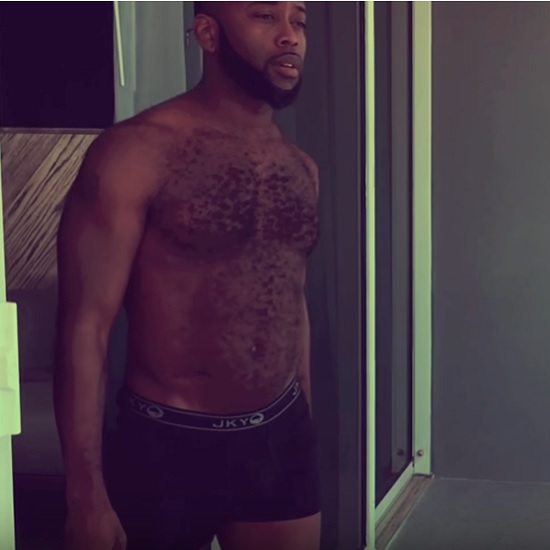 When we think of B. Slade, we think of high-energy, over-the-top music and performances (think his controversial "Conversation" or his fun revamp of Janet Jackson's "Alright" — or just follow his shenanigans on Instagram). However, he's a versatile talent capable of anything he puts his talent to, as he proves with the release of his latest single and video "Leave The Lights On." The song, a tender, loving ballad, is all about acceptance, with B. letting his lover know that he doesn't have to hide a single thing because he's loved flaws and all.

The song, which features only soft guitar and B. Slade's voice, gets an equally simple video treatment, featuring the singer in various states of undress as he walks around a room that overlooks the ocean and has a gorgeous view of the city. B. moves around in slow motion as the intimate song plays, the camera lingering on certain angles and views and even giving us a few first-person shots. However, the real star of the clip is the song itself, with even the lyric, "I Love you the way you are," shown prominently at one point.

Both the single and video for "Leave The Lights On" are available to download right now on B. Slade's Bandcamp page for $5 (and would probably fit perfectly in any Valentine's Day plans you may have). You can listen to the song and look at the visual below.