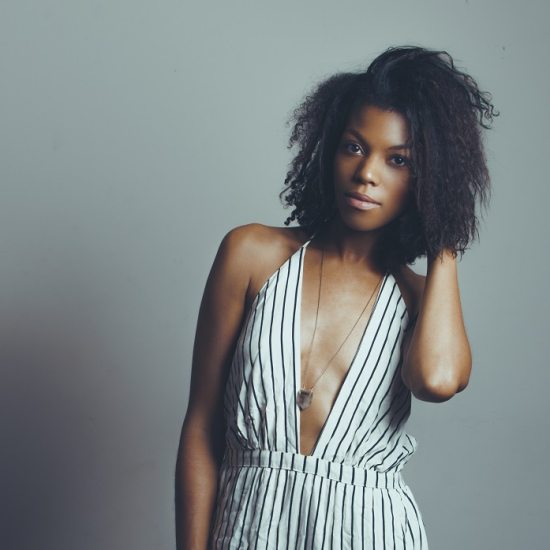 Songstress Brenda Nicole Moorer is back and ready to give us her heart. More precisely, the singer-songwriter who hails from Atlanta and now calls Harlem home is gearing up to release her new album Brand New Heart. Ms. Moorer, whom we first fell in love with when she released her three-song EP For Lovers & Believers back in 2014, looks to be continuing in the same laid-back, jazzy and soulful direction. But before she offers up the project, she's giving us a first listen of what's to come with her lead single "Re-imagine."

Brenda teamed up with usual collaborators Kenny Banks Jr. and Jesse Fischer for the track, which finds Brenda using her beautiful voice over a lush arrangement. "I can feel the open air / I can feel the open wave / Start flowing over me," she begins over rolling guitars and warm bass. Soon, horns further color the arrangement on the chorus as Brenda sings of reimagining herself into someone completely new.

"I wrote this song after coming out of a dark time and realizing that my life can be whatever I make it," Brenda said about the inspiration behind the song. "We all have the power to change our lives. It's really a song to inspire people to look within themselves and be the person they want to be. I hope that when people listen to the song that they take a moment and re-imagine, pause, reflect and feel good doing it."

Brenda hasn't released any info on when we can expect Brand New Heart to arrive but, based on "Re-imagine," we're pretty sure we'll be looking out for it. Check out the song below.