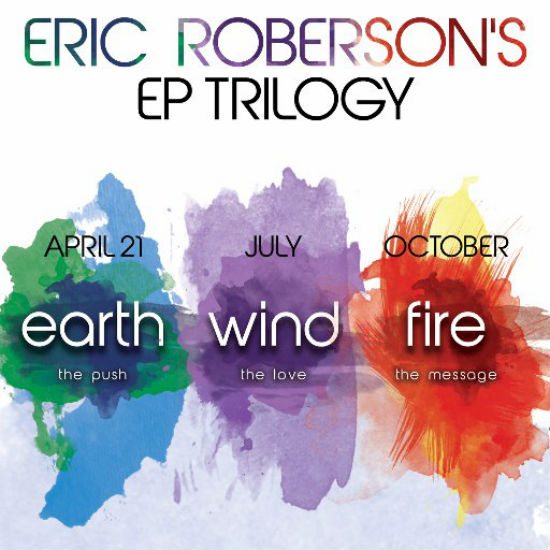 SoulBounce fam Eric Roberson is setting us all up for a year of seasonal soul in 2017. The indie soul gawd announced via social media that he will be releasing a trilogy of EPs entitled Earth + Wind + Fire. While further details are forthcoming, we do know that Earth: The Push will be released on April 21st, followed by Wind: The Love in July and Fire: The Message in October.  A master of imagery and storytelling, Erro says, “Each EP represents different elements or in this case songs. Earth will contain socially conscious songs. Wind will represent an emotional approach to finding and maintaining love songs. And lastly, Fire will be the more passionate and romantic songs.” We are seriously in need of, and absolutely here for, ALL of this.

Our level of excitement is likely only matched by Roberson, himself. Not many are creatively disciplined or ambitious enough to pull this off, but Erro has been known to work musical miracles. He is constantly on the road showcasing a live show like no other, while simultaneously sharing his gifts with other talented musicians on countless collaborative projects. Last year alone, the prolific artist joined forces with Phonte for the instant classic Tigallerro and lent his vocals to “A Season” for Zo!’s phenomenal album SkyBreak, two Jeff & Fess singles and Gordon Chambers' "I Made It," just to name a few. Knowing how one of the hardest working men in music gets down, we wonder only for a moment how he will pull off the release of three EPs in one year, but we know he will and they will more than likely be amazing.

Rest assured that SoulBounce will pass along all the details on these EPs as they are released, but be sure to keep track of Erro and all his moves by visiting his website and following him on Facebook, Twitter and Instagram.


TAGS:  eric roberson, gordon chambers", jeff & fess, phonte, zo!
Previous: Anna Wise Welcomes Us Into ‘The Feminine: Act II’ With ‘Coconuts’ Next: Chanté Moore’s Got A ‘Real One’ For You