Experience The ‘Highs And Lows’ Of Love With Emeli Sandé 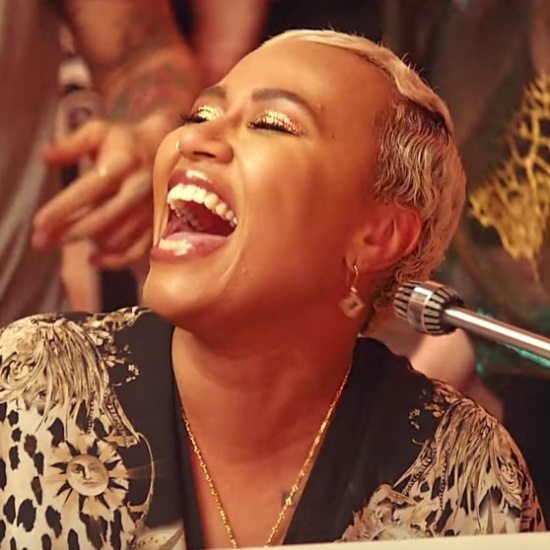 Following the breakout success of her debut album Our Version of Events, Emeli Sandé almost lost herself in the throes of personal crisis. Her well-deserved success brought worldwide fame, but also left her exhausted and caused the dissolution of her marriage. She needed a change and took a lengthy break to focus on helping others, taking care of herself and bonding with her paternal family in Zambia. The rejuvenative effects of her hiatus led her right back to the studio, resulting in her solid sophomore effort Long Live The Angels and a 2017 Brit Award nomination.

So far, we've seen her explore heartbreak ("Hurts"), sensuality ("Garden") and spiritual rebirth ("Breathing Underwater"). But her latest single "Highs and Lows" is somewhat akin to her mega hit "Next To Me" in that it explores the beauty and freedom of being in a loving, committed relationship. With exuberantly soulful vocals, Sandé testifies, "I'm certain that there's no other / It's banging in my heart like thunder / I know that I was made to love you / No way I'm letting go / I'll be there for the highs / I'll be there through the lows / I'm staying by your side / No way I'm letting go."

Rather than filming a literal interpretation of the lyrics, Charles Mehling (who also directed the album's previous videos) opts to show the singer in her element, performing among friends. Sandé shows off her piano skills and kicks things off with an acoustic delivery of the chorus, accompanied by an impressive beatboxer. The song's energy is felt throughout the visuals as we watch the jubilant crowd dance and sing along. With rousing singing, hand claps, gospel-like background vocals and tambourine, Emeli and friends almost had this writer feeling like chu'ch up in here!

If you want to celebrate love or simply party with Ms. Sandé, just scroll down and hit play. "Highs and Lows" is currently available on both the standard and deluxe versions of Long Live The Angels. Speaking of the deluxe version, keep scrolling to hear Craze & Hoax's alt-R&B remix of deluxe track "Kung Fu." Visit Emeli's website for info on her planned Long Live The Angels Tour and keep up with the latest via Twitter and Instagram.