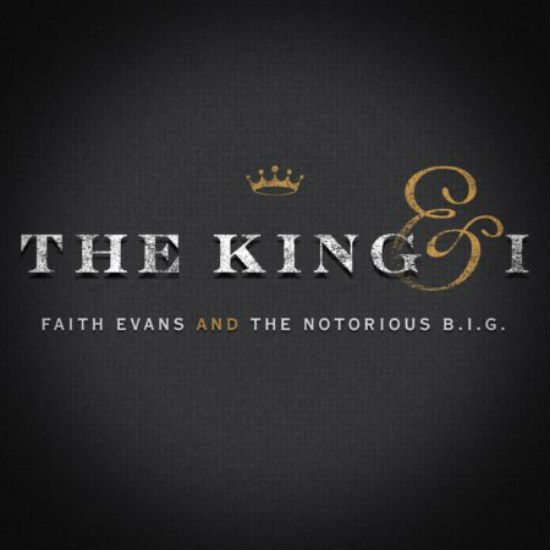 It looks like this might be the year of many music-related promises being fulfilled and checking off people from our Hot 16 list of 16 Artists Who Need To Release New Albums In 2017 at a steady clip. Three years ago, R&B diva Faith Evans revealed that a studio album with her late husband and hip-hop legend The Notorious B.I.G entitled The King & I was in the works. Since then, rumors of release dates have circulated, but nothing panned out. Until now.

Last week, not one but two tracks surfaced and were said to be from the upcoming project.  The first track, entitled "NYC," featured Jadakiss and the second, entitled "Party," laced with Biggie's "Going Back To Cali" verses and a Snoop Dogg feature. With actual material, and now the reval of the cover art, tracklist and release date, it looks like the much-anticipated duets album from the King and First Lady of Bad Boy is really happening.

As seen on the tracklist, the dynamic duo won't be alone. The full-length LP will include a whopping 18 songs and 7 interludes with guest appearances from The Lox, Lil’ Kim, Lil’ Cease, Busta Rhymes, 112, Kevin McCall and even Biggie’s mother, Voletta Wallace. We are looking forward to this star-studded hip-hop soul affair and can't wait to hear songs like "Wife Commandments" and "Lovin You For Life" with Biggie, Faith and Kim together on the track.

The King & I will drop on May 19th -- two days before what would have been The Notorious B.I.G.'s 45th birthday -- and can be pre-ordered right now from Amazon, iTunes or Google Play.

Faith Evans and The Notorious B.I.G. The King & I tracklist: