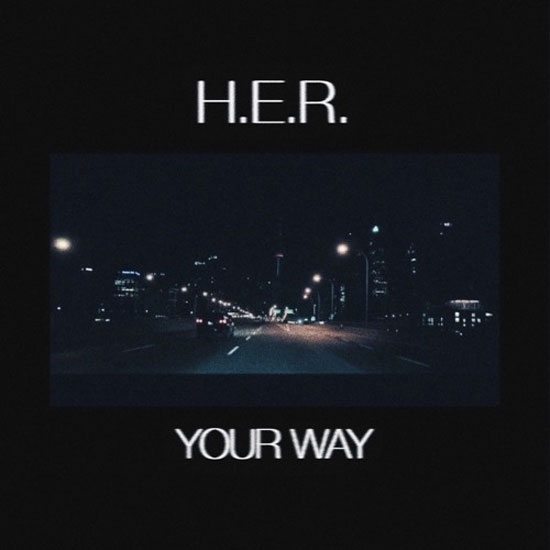 Sultry R&B lives on. Mysterious artist H.E.R. -- clever acronym for the ironic moniker Having Everything Revealed -- has seductively revived the endangered-species genre. H.E.R. music is satisfying longstanding R&B cravings, and we don’t even know who she is yet.

Released in September 2016, sans the artist’s identity, her debut EP H.E.R. Volume 1 continues to illicit elite praise. But listeners won’t need those plugs to connect. No-holds-barred vulnerability is purred over beats so lush, surrender to its emotional waves of blue is inevitable. Two subsequent releases, November 2016’s masterful remix of Rihanna’s "Yeah, I Said It" and the newly released "Your Way" have officially sealed the deal. We’re all in. Moths to a flame

Attraction to music this deeply personal is difficult to outrun. It invites us beyond the sexy veils of anonymity. We are uninnocent bystanders experiencing unhappily in love moments up close and personal. Sexy pleading without desperation -- full disclosure of intense desire you respect and hope she receives -- H.E.R.’s language of the lovelorn is easily interpreted.

"Your Way" does not defer from this formula. Produced by Scootie and Ryan Matthew Tedder with mixing by Miki Tsutsumi, this new track has us standing side by side with H.E.R. as she coaxes her lover into obliging a request for one-on-one time: “You can have it your way. So I’m coming your way.” The allure of Aaliyah’s breathy vocals fluttering freely alongside a worthy counterpart is a long-time-coming bonus as well. Thank you, H.E.R.

If this song’s sensuality is any indication, that man will never deny her. We’re convinced listeners will remain engulfed by the artist’s heat as well; suddenly and always H.E.R. themselves. We are one and the same. How ironic.