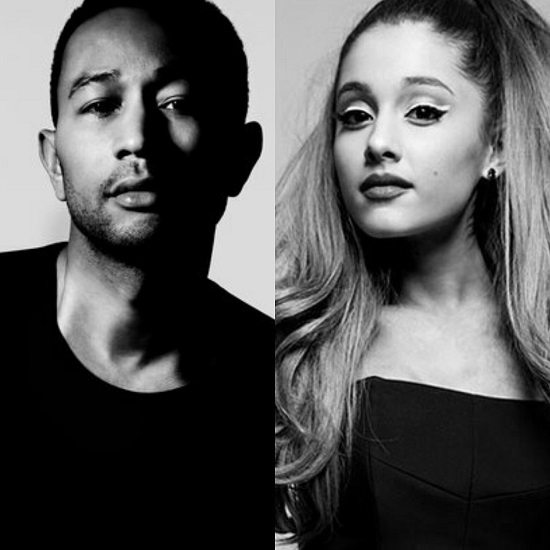 Unless you've been under a rock, you've heard about Disney remaking its timeless animated classic Beauty and the Beast into a live-action film. Just in time for the film's 25th anniversary, the film is set to be released this March and boasts a cast that includes Emma Watson, Audra McDonald and Gugu Mbatha-Raw. But just as memorable as the 1992 film was the film's title track "Beauty and the Beast," which was performed then by R&B stalwart Peabo Bryson and pop queen Celine Dion. Of course, you can't have a remake of the movie without a remake of the song, and this time around Disney has tapped none other than chart toppers John Legend and Ariana Grande to do the honors.

The original was an Adult Contemporary hit, with its soaring arrangement and Peabo and Celine aiming for the rafters with their vocal performances. John and Ariana try their best to recreate that magic with a piano-based arrangement that checks off all the pop standard boxes. The twosome's voices, with John's slightly gruff texture playing off Ariana's perfectly pop sound, work very well together. As well, the updated arrangement makes it sound just a little less schmaltzy than the original. However, it doesn't quite reach the heights of Peabo and Celine's version, which was full of clear, near-perfect notes that left you in awe of the two people singing it. Still, the undying, timeless love affair that the song expresses is definitely felt.

You can look for the Beauty and the Beast soundtrack to be released the same day as the film, March 17th. Until then, stream John and Ariana's version of the title track below.