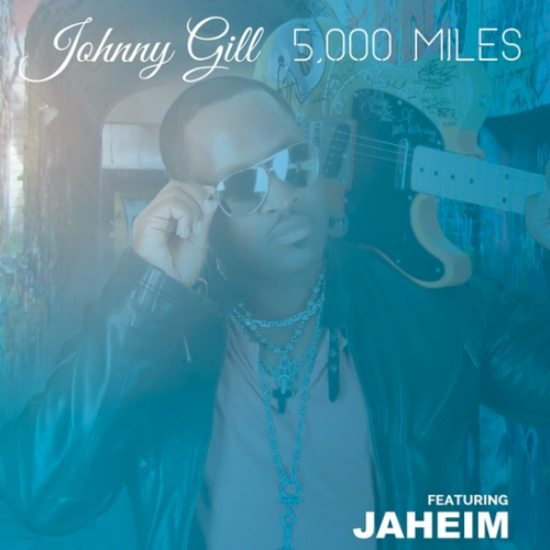 After BET's New Edition biopic garnered an epic 29 million viewers, Johnny Gill confirmed the group would be working on a new album. Taking a cue from his N.E. brothers Bell Biv DeVoe, who recently dropped their comeback album Three Stripes, JG has also decided to strike while the iron is hot and drop something new. Just in time for Valentine's Day, Johnny dusted off the song "5000 Miles," taken from his 2014 release Game Changer, and added Jaheim to make it fresh.

The new version is a duplicate of the original but adds an extra layer of silk with Jaheim's vocals in the mix. The slow tempo ditty is romantic, with Johnny singing "Girl your kisses, so addictive / And it's always on my mind / Can't resist it for a minute / Cause it gets me every time." Once you get to the end of the three-minute track, you'll find the duo showing off the reason they each have their legion of fans. Johnny give Jaheim a little time to shine, but he makes it clear it's still his single as he sings the last word.

"5000 Miles" serves as the fourth single from Game Changer, which has gotten a boost of interest since The New Edition Story aired. With the renewed success of New Edition, Johnny has been staying visible. He is currently on the road with Charlie Wilson and Fantasia for Charlie's In It To Win It Tour, and we hope we'll hear more new music in the days to come as the group works on their album. While we wait, listen to Johnny Gill and Jaheim's revamped "5000 Miles" on repeat.