La’Porsha Renae Is ‘Already All Ready’ To Deliver Her Debut Album, Releases New Single ‘What Is Love’ 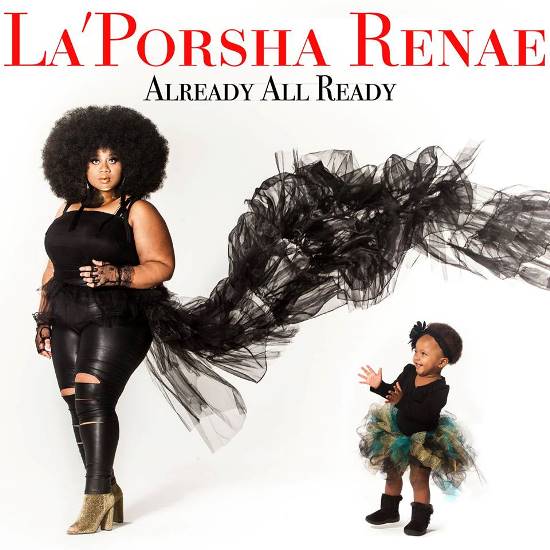 When American Idol broadcast its final show last April, many fans were left in a state of disbelief that La'Porsha Renae wasn't crowned the winner. But as the old saying goes, "A setback is just a setup for a comeback," and the powerhouse vocalist is aiming to do just that with the announcement of her highly anticipated debut album Already All Ready. Scheduled for release on March 31st – almost a year to the date of her Idol loss to Trent Harmon (who debuted his eponymous EP a few months ago) – the 19 Recordings/Motown Records release promises to be a genre-blending mix of songs that will showcase La'Porsha's powerhouse vocals and songwriting talent as well.

Expounding on the album's homonymic title and funky divaesque cover art (which features her adorable daughter), La'Porsha says, “The title Already All Ready was chosen because many of what I just named is not considered to be ideal or socially popular when describing a rising star. I embraced everything that I thought would hold me back from pursuing my dreams, and used my insecurities to give me the courage to inspire and advocate for others who possessed many of the same insecurities I had. I also wanted to honor single mothers and defy the stereotypical dress code of a thick, brown-skinned, single mother and domestic violence survivor. I'm proud of my curves, my daughter, as well as the harsh past that helped shape me into the strong woman I am today.” We see you, girl. #Renaetion stand up!

As a follow-up to her anthemic warning "Good Woman," the songstress gives us another preview of what's to come with "What Is Love." The mid-tempo cut is a soul pop slice of '80s synth, booming drums and funky guitar. Listen to the new single below and receive an instant download of the track when you pre-order Already All Ready via Motown or iTunes. For album updates (and hopefully upcoming tour info), be sure to follow La'Porsha Renae on Facebook, Twitter and Instagram.