Mayer Hawthorne Gets Off The Wall In ‘Time For Love’ 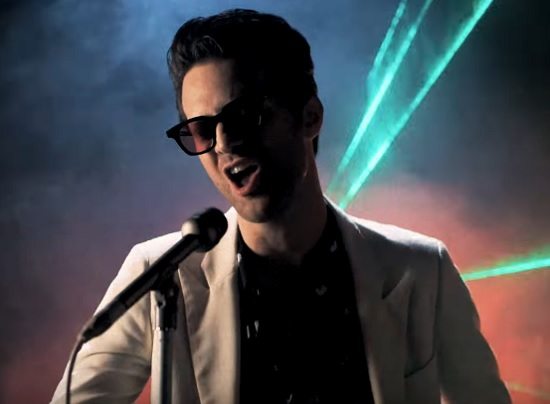 The ever prolific Mayer Hawthorne proves that he has even more in store seemingly every day. In less than a year, he's given us his full-length album Man About Town, his EP Party Of One and the brand spanking new Tuxedo EP Fux With The Tux. As if that weren't enough, he also gifted us with a noir-themed video trilogy from Man About Town that showcased his dramatic skills. Whew! We're tired just typing all of that. Apparently Mayer isn't, though. He's just given us yet another video, this time for Party Of One track "Time For Love."

From the looks of the clip, Mayer channels Off The Wall-era Michael Jackson "Rock With You", specifically MJ's video. Against a smoky black background and green laser lights, Mayer gets down to the funky track in a white suit and glittery shoes. The throwback treatment fits the track's old school groove, including the rhythm guitar riffs and funky bass groove. However, the singer does offer up a few changes to the formula. For one, he includes an attractive female co-star to help sing the track's ad-libs as well as add a bit of eye candy. Secondly, he works in a few more video effects, including mirroring and superimposing images.

If you're down for a bit of a throwback, then check out the nostalgia-inducing clip for "Time For Love" below.


TAGS:  mayer hawthorne, michael jackson, Tuxedo
Previous: DMV Bouncers: Join SoulBounce At ‘A Love Bazaar’ For Classic Throwbacks, To Buy Black & To Give Back Next: D.R.A.M. Shows Off His Huge Personality At NPR’s ‘Tiny Desk Concert’