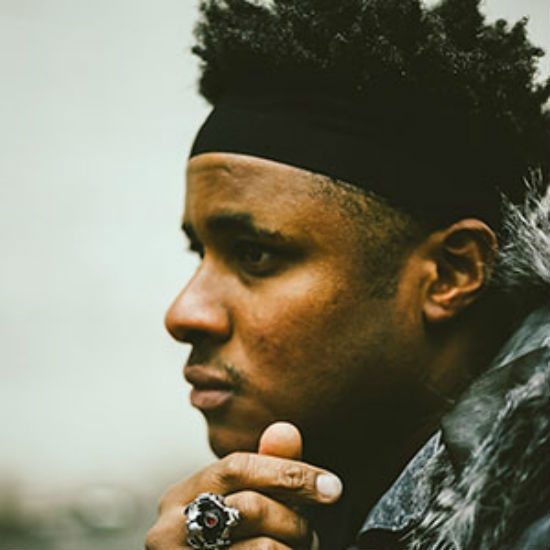 Ronald Bruner Jr. isn’t playing any games. Last month, he gave us the first taste of his upcoming debut album, Triumph, with the single "Take the Time." Now he hits us with a second single, and the energy on “Sensation” featuring rapper Mac Miller and Los Angeles-based singer Danielle Withers is crazy. Bruner takes the lead vocally, and sings of the feeling he gets when close to the object of his desire, while going absolutely nuts on the drums. Meanwhile Miller flexes his soulful chops during the breakdown and Withers, who has previously worked with such notable artists as Usher, Deborah Cox and Mya, adds a bit of calm to the intensity of the wildly spirited track with sweet, feminine vocals on the hook. The result is a vibrant uptempo tune that captures all the good vibes of carnal attraction.

Bruner describes his latest release as his "combination of LA's sunshine, fun, girls and complex street rhythms with a taste of Heinz Field." He says, "Coming in the studio to write this song was filled with so much joy. With such heavies in the room, you can't help but float." The fact that we find ourselves floating from our first spin of the breezy track speaks to the captivating genius of Bruner, and we are ready for more.

Triumph is said to be “eleven cuts of deep fusion, soul, R&B, jazz and pop,” a manifestation of the various styles the GRAMMY Award-winning drummer/singer/producer/composer has absorbed throughout his career. He’s mixed up all that goodness into what he calls “progressive soul,” a label that perfectly describes the creative freedom, passion and craftsmanship evident in everything we’ve heard so far. Lyrically, Bruner reaches from the very bottom and depth of his heart and soul and touches on various topics including love, politics, social issues and even music heritage, a result of being encouraged by bass god Stanley Clarke and keyboard legend George Duke to release his own magnum opus.

The debut album from Ronald Bruner Jr., Triumph, will be released March 3rd, and we are truly counting the days. In the meantime, listen to the new single "Sensation" below and don’t forget to pre-order the album here.