SoulBounce Exclusive: Moving On Is ‘Bittersweet’ For Nola Adé 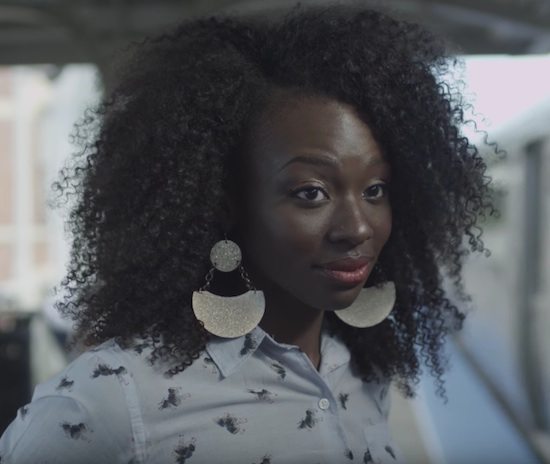 It's been almost a year since the release of Nola Adé's debut project, The Love Dance EP, and it is still going strong. To greet the new year, the Nigerian-American Chicago native has a new music video from the collection for the song "Bittersweet" that we're delighted to premiere on SoulBounce today.

The visual for "Bittersweet" is her second music video, and it loosely picks up where her first video for the song "Love" left off. The young man whom she met in that video at a '90s party who impressed her when he busted a move, turned into more than her dance partner. Fast forward a few months and now Nola is singing a sad song and rewinding their good times together as she lays in bed alone. In her memories e see the happy couple out on dates, enjoying afternoons in the park or having fun at a carnival after dark.

We never see what caused their breakup but something clearly went down. Nola is past being mad and over feeling sad and simply left with the bittersweet realization that it's a wrap and time to move on. She does and goes about her day, and wouldn't you know it, she runs into old dude while waiting for the train. Ugghh! He steps to her, starts a conversation talkin' bout he still wants to be friends and even asks her out on a date -- his treat. Before Nola can fix her lips to say "Boy, bye!" the scene and music switches to a video inside the video for her song "I Want You." We see more of them together before they were apart, and Adé is seen seated in a garden surrounded by flowers. The scene changes back to current day, and Nola is staring at him like he's crazy (because he is), never saying a word but answering his question loud and clear.

If you've ever been kicked to the curb or ghosted by someone who later wants to be all buddy-buddy with you like they did nothing wrong, you'll feel this "Bittersweet" video. Stay informed about all things Nola Adé by keeping up wth her on her official website, Facebook, Twitter, Instagram and SoundCloud.