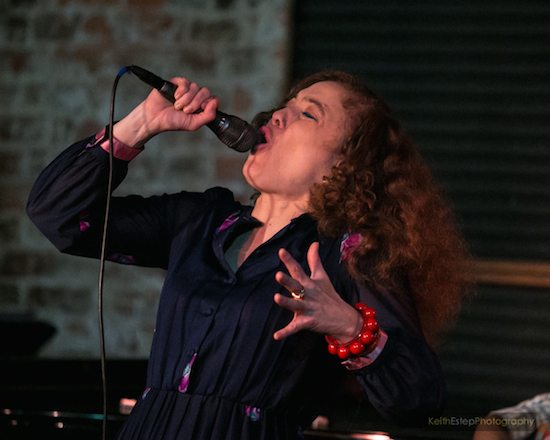 Washington, D.C. welcomed Kendra Foster with open arms for her two shows at Blues Alley the night of Monday, February 20th. The petite vocalist filled the intimate venue with her soulful, funky songs. She performed the bulk of her self-titled debut album and delighted the audience with her affable personality and engaging stage presence, which many remember from her stint with D'Angelo's backing band The Vanguard. At Blues Alley, Foster flourished in the spotlight, making it clear that's where she belongs.