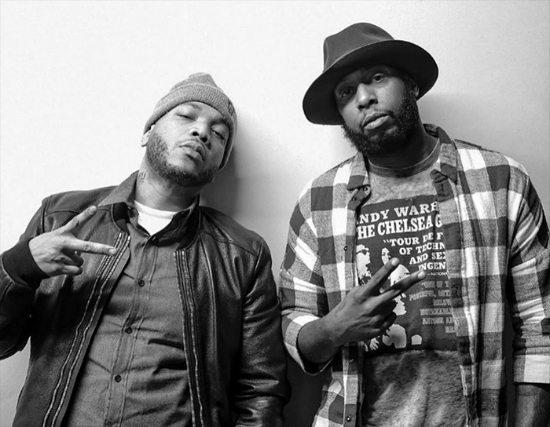 Talib Kweli and Styles P just joined lyrical forces for their new track "Last Ones." A few months ago, the two rappers announced that they would be releasing a joint project together under the name The Seven. The first loosie from the project is a gritty track showcasing what makes the two unique and timeless emcees. "Last Ones" is straight, no chaser, with a continuous beat, allowing the rappers to exchange rhymes for four energetic minutes. The single is true hip-hop to its core and a breath of fresh air compared to the radio-ready hits filling the airwaves.

In an interview with Acton Entertainment, Talib discussed his thoughts on working with Styles P. "Me and Styles P, we got a situation. We got an album together. It's called The Seven...I think that album will come out before my next solo album…For some reason, whenever I get on a song with the Ghost, it just feels right."

It's clear the duo make a good team. They are currently on The Seven Tour, which kicked off in January and wraps in New York on February 10th. You can catch them in a city near you by checking out tour dates on Talib's website. Until we get the full project, listen to "Last Ones" to see if The Seven have your number.


TAGS:  audio, styles p, talib kweli, The Seven
Previous: SoulBounce Exclusive: Moving On Is ‘Bittersweet’ For Nola Adé Next: DMV Bouncers: Join SoulBounce At ‘A Love Bazaar’ For Classic Throwbacks, To Buy Black & To Give Back