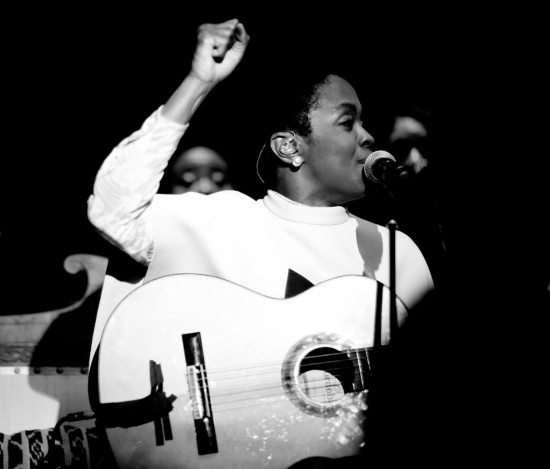 Meanwhile, in Pittsburgh, people were somehow upset when Lauryn Hill was three hours late for a show during the singer's MLH Caravan tour. While we definitely feel their pain, we honestly don't feel sorry for them. At this point, buying tickets to a Lauryn show is just as much of a gamble as hitting the slots in Vegas — but we digress. Fans took to Twitter to blast the "Lost Ones" singer for her incessant tardiness which has unfortunately become the norm when it comes to her shows. In her defense, Lauryn issued a statement apologizing to the fans and giving a bevy of excuses (snow, flights, promoters, yadda yadda yadda) while also promising a makeup performance. Hey, at least she's not blaming the alignment of her chakras this time. We at SBHQ love Lauryn, we really do, but girl, you gotta get it together. #WeNeedSomeReciprocity