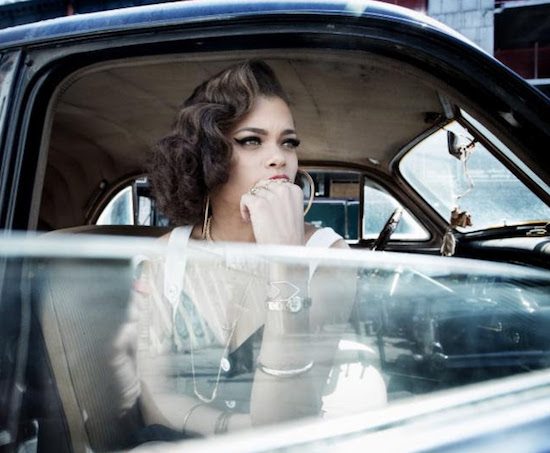 With her single "Rise Up" still garnering massive airplay nearly two years after its release, it'd be easy for Andra Day to just sit back and relax. However, the singer is not content to rest on her laurels just yet, and her latest single proves just that. If you were watching the Oscars this past Sunday, then there's a solid chance that you caught Day lending her voice to the Hyatt Hotel chain in their "For a World of Understanding" spot which premiered during the telecast.

In the commercial, Day takes on the Hal David and Burt Bacharach classic "What the World Needs Now is Love." The result is a wonderfully updated version of the original that sounds as if it were made for Day's retro tone. The song is part of Hyatt's recently-launched World of Hyatt campaign about the importance of inclusion and understanding in the world. "World of Hyatt is built on the simple idea that a little understanding goes a long way," the company said on their website. For Day, this message was especially important given the current political climate. "Right now the world is full of opinions, which is always fine, and full of agendas and people making things out to be a certain way and they aren't listening to each other. That requires love and that requires selflessness," she said in a behind-the-scenes video featured on the campaign's website.

While a 30-second ad premiered during the Oscars, an extended cut is available online that allows viewers to watch as well that depicts people from all walks of life being kind to one another. Filmed in Morrocco, Thailand and Spain, the ad is a touching look at what happens when humanity takes centerstage. Check out the extended clip below and be sure to head to Amazon, iTunes or Google Play to add this touching version to your collection.


TAGS:  Andra Day, audio, burt bacharach, hal david
Previous: Tori Kelly Gives Us A Colorful Reason Not To Fret In ‘Don’t You Worry ‘Bout A Thing’ Next: Ntjam Rosie Is Here To Stay On ‘Never Give Up’