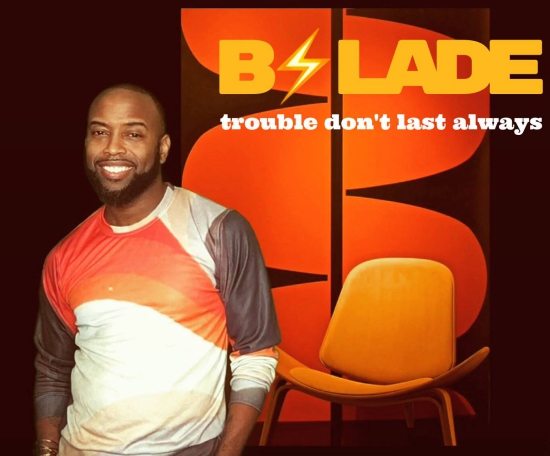 They say ain't no party like a Holy Ghost party, and B. Slade is here to prove it. The singer and artist formerly known as gospel sensation Tonex goes back to his gospel roots to give us an updated take on gospel staple "Trouble Don't Last Always." The song, originally performed by Rev. Timothy Wright & The Chicago Interdenominational Mass Choir (and based upon Sam Cooke & The Soul Stirrers' "I'm So Glad"), was a favorite of the singer's late father, District Elder A.C. Williams, and B. Slade chose to cover the song is his honor, but with his own special twist, of course.

His take on the song replaces the usual gospel elements — organ, a full choir, hand claps, tambourines — with a flip of Queen Pen's 1997 jam "Party Ain't A Party" and turns the joyful, celebratory song into a full-on jubilee. The change in musical scenery gives B. a chance to spread his wings a bit and play with the song's structure. He changes up the flow of the verses and even omits the track's bridge in favor of ad-libbing and harmonizing. And, quite honestly, we're not even mad at it. Though this version might challenge the traditional gospel song (and is sure to get some tongues wagging), we say that there is nothing wrong with cutting a step or even hitting the bounce in the name of the Lord.

If you're in the mood to celebrate God's goodness or just want a reason to feel good, we suggest that you take a listen to B. Slade's cover right here.