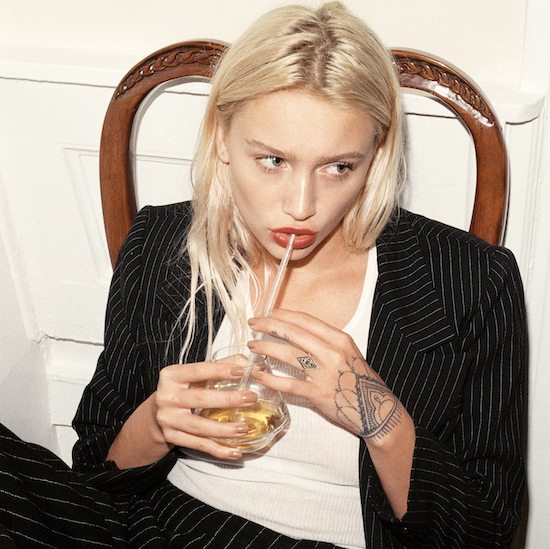 Growing up the child of a musician father, it's no surprise that Cailin Russo would follow in his footsteps. That's about where the similarities end, however. Russo's dad, Scott, fronted Unwritten Law, a punk band. Meanwhile, her debut single "September Rose" proves that while music may be in her blood, she's influenced by sounds far beyond her rock DNA.

The song finds her dallying somewhere between jazz and hip-hop on this smokey lament of love that's run its course. “'September Rose' is about a young love relationship happening and isn't working because it's not the right time," she said. The title is based on the fact that roses don't grow in September, likening that to the fleeting duration of that relationship. While comparisons to Amy Winehouse are sure to abound (Russo has, after all, covered Winehouse's music on YouTube), it would honestly be doing both ladies a disservice to not notice the distinctions in their tones.

The song's accompanying video matches the listlessness of the song's vibe in the single-shot imagery. The viewer sees a static-filled television with the song's title on the screen. A lone viewer, who we can presume is Russo, sits in a darkened room staring at the scrambled screen. Aside from some fiddling, her gaze remains on the television as the song's lyrics appear in French subtitles at the bottom of the screen. "September Rose" provides a solid introduction onto the music scene from this 22-year-old newcomer. While it offers but a small glimpse at what she has to offer, it has definitely put her on our radar. Get into the song to see if Russo has managed to pique your interest as well.