Eric Bellinger Brings Tropical Vibes With ‘Make You Mine’ 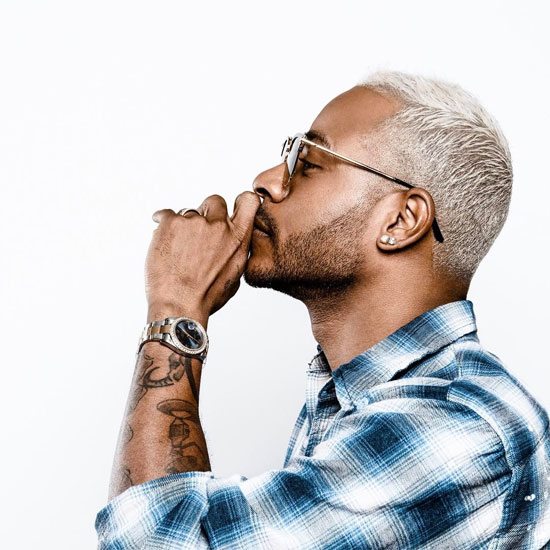 Eric Bellinger is a GRAMMY Award-winning songwriter and producer, mainly known for his work with artists like Usher, Chris Brown, Justin Beiber and many others. But for the past few years, he's been gaining notoriety for his vocal skills as well. He recently made us blush during the holidays with "Sex For Christmas," which followed his Eric B. For President: Term 1 (we see what he did there) mixtape. Now as he preps for the March 10th release of Term 2, he's showing love to the ladies once again with the dancehall-inflected "Make You Mine."

In addition to lush production and pulsating island riddims, the song also holds special meaning. As Eric explains it, "People are really into the Islandy/Caribbean vibes right now, so much that I started to feel like I would be crazy to just ignore that. However I knew if I was gonna make one it still had to be me...I opened up and wasn't afraid to make it personal. For this song I took it back and shared the chase that I was on when getting my girl. My first date with my now wife LaMyia was insane. I went all out. I had been on her for over a decade so I knew I had to make that first impression count....I obviously did my thing because now she's mine and TODAY our son just turned two years old!" Even the cover art features his lovely bride, so we know it's real. Congrats to the happy fam!

After practicing your "wickedest wine" to "Make You Mine," cool down to the project's lead single "Treat Yourself," a Wale-assisted ode to excess. You can also peep his acoustic flip of the current single if you need something to help mellow out your hectic afternoon. In addition to guest features by Victoria Monet, Elhae and Tayla Parx, Bellinger promises Eric B. For President: Term 2 will feature an array of "beach-friendly" sounds ranging from bossa nova to yacht rock. Pre-order the mixtape via iTunes and visit his SoundCloud page and YouTube channel to check out his past tracks and videos. According to his Instagram, the artist will be hosting a free Term 2 Beach Listening Party on Friday, March 10th at Pier 14 on Santa Monica Beach, so be sure to check his page for details.