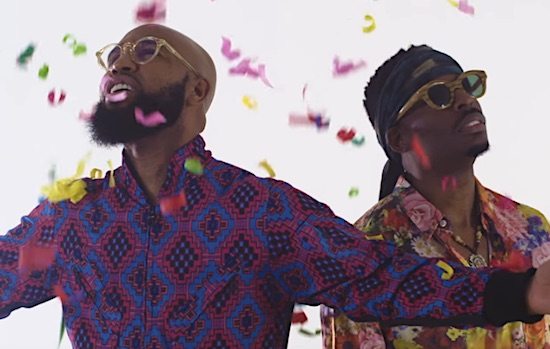 While Steve Jobs is famous for championing the “crazy ones, the misfits, the rebels...the round pegs in the square holes…the ones who sees things differently” as the geniuses and agents of change in our society, R&B group Louis York has a much simpler mission inspired by Rodney King, “Can’t we all just get along?” Or rather, “Let the hipsters be hipsters / And let me be me tonight.” On their single, “Hipster” the dynamic duo of Claude Kelly and Chuck Harmony deliver an inspirational ode to the kids who aren’t popular, addressing issues of bullying, individuality and self-acceptance.

Over a mellow groove of slightly bouncy synths, keys and sparse atmospheric elements, the boys deliver a stirring message to the “Hipsters.” Claude Kelly, a self-proclaimed weirdo, is sharing a personal manifesto of who he is, how he feels and refusing to succumb to peer pressure, confident and resolute in who he is. The lyrics aren’t clever, but clear and concise in their meaning, proudly proclaiming, “Save your talking and all your pressuring me to conform / ‘Cause that would make us too alike / And I really hate the norm.” Kelly even uses a nerdy, child-like affectation to make the song more endearing to his audience and better resonate his message.

Known for their work with stars like Britney Spears and Miley Cyrus, it’s not surprising that “Hipsters” has a definite pop feel. However, the song also has an edge that veers a little left of center, making it more interesting and truer to the group. Take the chorus, which says, “I’m all alone and that’s alright.” At first, it feels melancholy. However, he’s anything but. Actually, he’s reveling in his sense of self and freedom and he’s doing it without stepping on anyone else’s toes, unless they try to step on his.

The video for the song is simple, yet effective. The guys pop from the plain white background in colorful outfits, with Kelly decked out in a purple psychedelic jumper, gold rimmed glasses and black Chuck Taylors while his partner in crime Chuck sits at a piano rocking a turquoise bandana and a floral shirt. When the chorus hits, confetti flows from the sky, allowing the boys to be happy and free in their own world.

“Hipsters” is featured on Louis York’s latest EP, Masterpiece Theater Act II, an experimental fusion of many pop, R&B and soul sounds that has gotten major play around SoulBounce HQ. And don’t get us started on our love affair with “Claire Huxtable” from Act I. In any event, we are proud of the boys for using their musical talents to address such a serious and important topic in such a personal and relatable way. 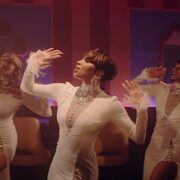 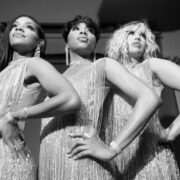 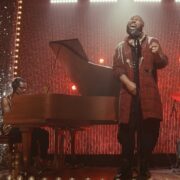