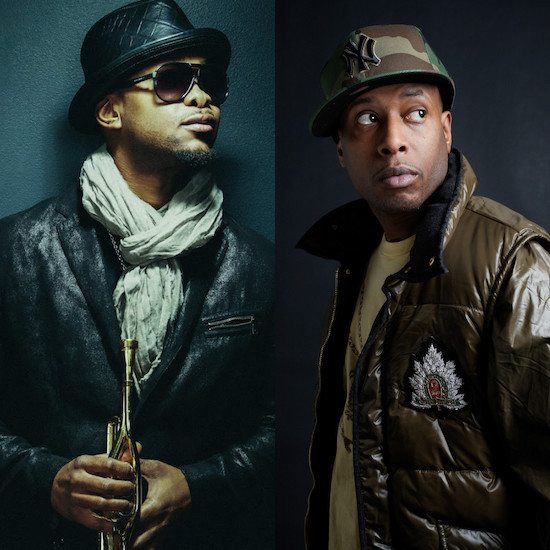 Maurice "Mobetta" Brown already has a lot on his plate. The Wynton Marsalis mentee has built quite a name for himself supporting such acts as Lalah Hathaway, Santigold, Omar, Tedeschi Trucks Band and John Legend, just to name a few. Even with what is surely a hectic schedule, he has still found the time to create and record a new solo album, The Mood, due out March 24th on his Mobetta Music/Ropeadope imprint. For the album's first single, "Stand Up," Brown tapped Talib Kweli to drop a verse.

The smooth and introspective single combines elements of both jazz and hip-hop as the duo talk about the power that artists hold in their hands when it comes to taking a stand. Discussing the song's origins, Brown says, “We are in a political and economic climate that has been sapping the energy and sense of hope from everyone around us. Inspired by the advice that my father gave me when I was a kid (stand for something or you’ll fall for anything), I want to call people to come together, take a stand for a better life [and] a better world and help one another in whatever way possible, big or small. To collectively be the change we wish to see in the world.”

The best part of the song is that Kweli isn't the only one to drop a hot 16 as Brown proves that he is more than capable of holding his own against the Brooklyn emcee. This should come as no surprise to anyone that has been paying attention, considering that this isn't the first time he has flexed his lyrical skills against Kweli. Back in 2013, the two traded bars on Brown's single "Fly By Night," showcasing that the trumpet isn't the only trick the Grammy Award-winning artist has up his sleeve.

Recorded with his live band in the studio, The Mood promises to supply listeners with some delicious sounds for our ears to revel in. The album's release isn't the only thing that Brown will be breaking fans off with, however. If you are lucky enough to be in the New York City area, then you can check him out every week during his residency at NYC's Jazz Standard, where he will host Mobetta Tuesdays. The themed event is set to feature such acts as Snarky Puppy's Michael League, saxophonist Skerik, drummer Lenny White and a host of others. For more information about the show, visit the Jazz Standard's website. The Mood is due out tomorrow and will be available on iTunes. 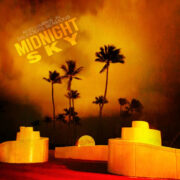 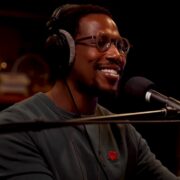