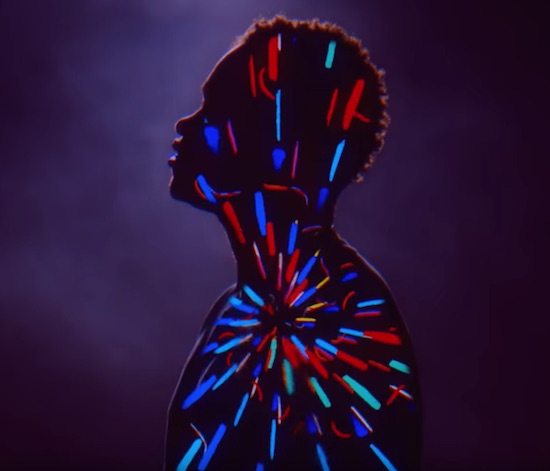 “Pure awe and excitement.” This is how previous Bombay Bicycle Club frontman Jack Steadman aka Mr Jukes describes the feeling he had upon leaving the studio after his collaboration with BJ The Chicago Kid for the dual single “Angels/Your Love.” Upon first listen, this is also the precise feeling we got from the incredibly funked-out yet jazzy pair of tracks. The emphatic opener "Angels," laced with brassy horns and haunting vocals from a children’s choir, is joyous and triumphant. It then flows seamlessly into “Your Love” with BJ putting his signature soulfully smooth stamp on it as he sings, “I thought I was good, but I really wasn’t livin’ / Cause I ain’t have the feeling you’re givin’/ Thinking about your love.”

The intensity of the horns, the head-nod inducing break beat and the utter funk of this track hits you right in the chest, though we aren’t flinching. Each element works together flawlessly and feels damn good. The accompanying visual, directed by I Saw john First, is as hypnotizing as the melody and is a kaleidoscope of graphic chaos. We see glimpses of BJ, among a cascade of color, random shapes and animation. It’s all a bit trippy but still serves a heavy dose of artistic perfection.

“Angels/Your Love” is the debut single from Mr Jukes solo album, God First, due to be released June 9th. The project will include additional features from Lianne La Havas, Charles Bradley, Elli Ingram, Lalah Hathaway and more. Following his work with BJ The Chicago Kid, Jukes says, "I decided right then not to call this a solo record, but to seek out as many collaborators as I could.” Judging from the single, this partnership with some of the most innovative musical minds works well as he ventures into a more soulful territory while his group is on hiatus.

This twin spin certainly has us hyped with anticipation, and we are excited to hear more from Mr Jukes and his forthcoming debut project. Check out the colorful video for “Angels/Your Love,” and keep up with Mr Jukes on Facebook, Twitter and Instagram.