NIIA Gets Introspective On ‘Hurt You First’ 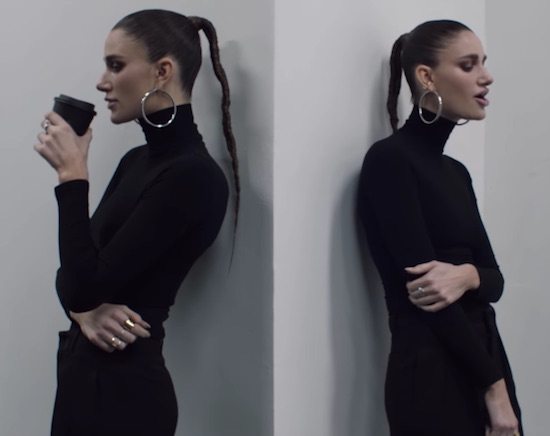 An amorous life is a funny thing. For better or worse, the complex simplicity of it all is enough to keep the best of us dizzy and dazed; fools in and out of love. Proverbials aside, L.A.-based future-jazz vocalist NIIA’s single "Hurt You First" and the accompanying video is a refined reminder to “watch yourself while you’re handling her heart.” A sultry blend of modesty and elegant swagger, the first release from her forthcoming debut album, I, offers a chic dose of heed-worthy advice.

It's a good thing, because love management requires introspect. Breaking thoughts down to the basic elements clarifies things, empowers our next move. This Sasha Samsanova-directed music video is exactly that; NIIA’s moment-by-moment considerations about a lover she refuses to be hurt by. A visual river flow of emotions represented by a never-ending stream of NIIAs. Each one declaring that hurting her lover first is the best way to avoid love’s suffering.

Sophisticated and polished just like the track itself, the video’s mostly black-and-white theme is stunningly apropos. NIIA’s mind is beautifully monochrome. All negotiations have been called off. Or have they? You’ll need to stay tuned until the clip’s very end to catch its intriguing twist of an ending. Are we really ever in charge when it comes to love?

NIIA's debut album I will be released in May and available worldwide via digital streaming partners and select retail outlets. In the meantime, discover her interpretation of love logistics right here, in addition to a smooth, bass-heavy remix courtesy of Soulection affiliates J.Robb & The Kount.