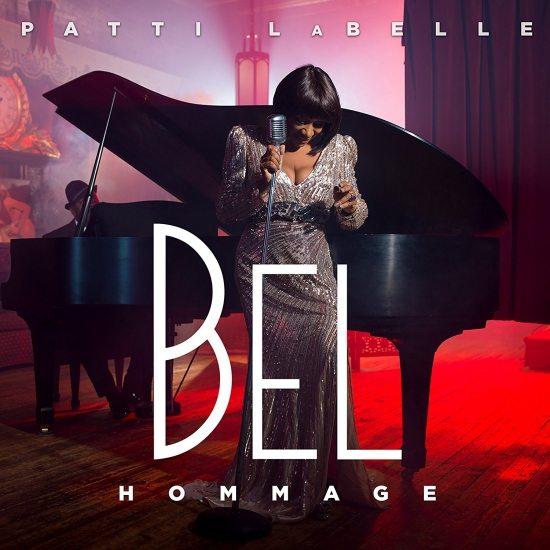 In her 50-plus-year career, soul music legend Patti LaBelle has done nearly every genre you can imagine. R&B, gospel, rock, pop, disco, adult contemporary and even hip-hop have all been touched by her one-of-a-kind vocals. But one genre that she hasn't blessed, at least not on record, is jazz. That will all change this May, however, with the release of Patti's 19th solo album, Bel Hommage.

The set will feature Patti taking on some of the best-known jazz standards popularized by greats like Dinah Washington, Nina Simone, Frank Sinatra and James Moody, with each one to surely be reimagined in only the way Patti can. Selections for the set include "Wild is the Wind," Don't Explain," "Go To Hell" and "Softly As I Leave You." And the set will be an all-Patti affair, save for her take on "Moody's Mood For Love," which finds smooth-voiced crooner KEM assisting the diva. Of the foray into the jazzier side of things, Patti said in a press release, "I’ve been saying for years that I was going to record a jazz album, but I hadn’t taken that leap of faith to try something different. Now I’m so happy that I did because I really love all of these songs and I pray that everyone else will too!”

Music won't be the only thing the singer has cooking this year, though. The 72-year-old will also be releasing her fourth cookbook, Desserts LaBelle, on April 25th, and she continues to drive folks crazy with her Patti's Good Life line, which now includes more than just her famous sweet potato pie. To top it all off, Miss Patti also still hosts her Cooking Channel show Patti LaBelle's Place. There just ain't no slowing this icon down!

Bel Hommage will be released on May 5th via a joint venture between Sony Red and her independent label GPE Records. You can pre-order your physical copy of the album right now on Amazon, with digital pre-orders being made available on March 24th. Peep the album's tracklist below and get ready to get jazzy with Ms. Patti Patti this May.