PJ Morton & Pell Squeeze In A Life Lesson In ‘Claustrophobic’ 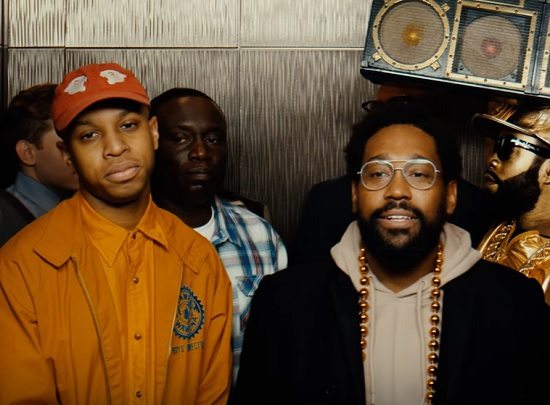 New Orleans native PJ Morton is set to bring us a musical GUMBO next month with the release of his next album. Three weeks back, he introduced a revamped version of his single "Claustrophobic" as the set's lead single, switching up the soundbed and adding fellow NOLA native Pell into the mix. Now Mr. Morton is giving us a creative visual to accompany the track about asserting one's own individuality.

For the clip, PJ smartly uses an everyday experience to convey the song's message. We see him stepping onto an empty elevator hoping to get to his destination with little bother. However, as anyone who's ever used an elevator knows, that is never the case. Before the doors of the elevator car can close, an assortment of characters hops on with PJ, including a couple record industry types, an overzealous selfie-taking fan, a homie from the streets, a stylist, a motherly woman with a pot of food, a couple "whoo" girls and even Pell and a few others. If that sounds crowded to you, it's because it is. Despite the tight space, though, the good times still roll on, especially once Pell's verse kicks in and everyone begins to nod their heads to the soulful groove.

While we were already sold on the song's message of keeping true to yourself despite industry pressures, the video has made us love "Claustrophobic" all the more and has us awaiting the other flavors that PJ will be bringing when he drops GUMBO on April 21st. Check out PJ Morton's video for "Claustrophobic" in full below.