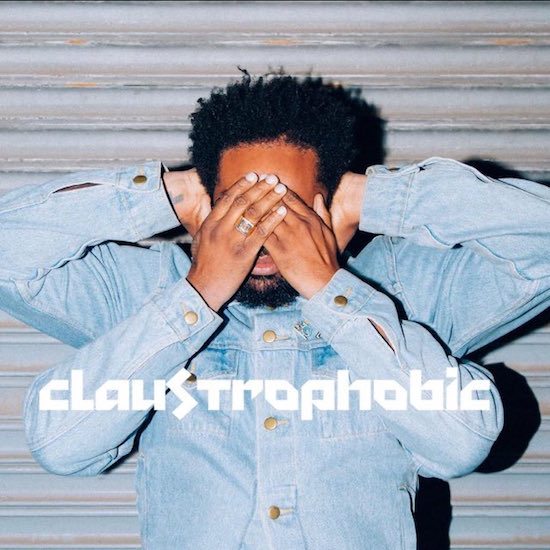 Remaining true to oneself in this fickle music industry is something a lot of artists admit to struggling with. The promise of overwhelming success always seems within reach with a bit of adhering to the norms in comparison to sticking to one's guns at the cost of missing out mainstream acceptance. PJ Morton is no different and says as much in his latest single, "Claustrophobic."

If the lyrics sound familiar, that's because Morton released an early version of the song back in 2015. However, the version released today features a completely different melody and track. Whereas the previous one featured some added vocal effects, this rendition feels much more organic and warm as Morton ponders the benefits of not conforming to industry expectations. The inclusion of strings and a horn solo towards the end adds a lushness to the song as a whole that we only got a glimpse of in its earlier form. The other major change is the addition of Pell, a rising rapper hailing from New Orleans who has been making waves with his relaxed flow and unique perspective.

For the indie artist/Maroon 5 band member, "Claustrophobic" was born out of the frustrations he frequently encounters in the business. "Those in positions of power are usually trying to adjust you and tailor you to fit what they would like to sell to the masses," he said in a recent interview with Saint Heron. "Yes, I want a lot of people to hear my music. Yes, I want to play huge venues. But I don't want to do it at the expense of not being who I am or at the expense of not saying what I want to say."

"Claustrophobic" is the first single taken from Morton's upcoming album, Gumbo, which is due out in April. The album will mark his first release since relocating back home to New Orleans and launching his own label Morton Records. The title references the multiple topics -- or ingredients, if you will -- that make up the album. "I LOVE love, but this time around I address the climate of the world right now," he said, adding that he also touches on religion within the album as well. "I thought it was a pot of gumbo because I was mixing a bunch of things together."

Check out Morton's latest single and find out if the first ingredient in his Gumbo will leave you craving more.