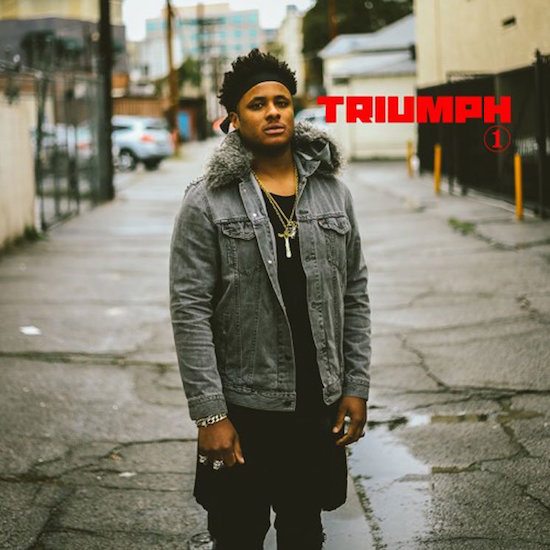 2017 is shaping up to be quite the year for the Bruner clan. After all, Thundercat, the middle child in the family, has already released his third album Drunk to critically-acclaim and baby bro Kintaro has been blessing us with singles here and there. Now, older brother Ronald Bruner Jr. claims the spotlight for himself with the release of his debut solo album, Triumph.

The 11-track album finds big brother Bruner showcasing not only his genius-level command of drums but also some pretty impressive vocal skills. His youthful voice takes center stage on the album's opener "True Story," a soaring, uplifting number that finds him singing about the happiness found once you decide to follow your destined path. He again effortlessly bends and flexes his voice throughout much of Triumph, taking listeners on a trip that spans across multiple genres including jazz, soul and even some glimpses of stadium rock. "Open the Gate" is another album standout. Clocking in at a little over 10 minutes, the song begins with Bruner pleading "Won't you let me be / Set me free" before dissolving into an instrumental jam session. In fact, the beauty of the album as a whole is that the musicality found here is more akin to a live performance, leaving you feeling as if you've just sat through a live set rather than a studio recording.

Triumph picks up where Bruner's previously released singles "Take the Time," "Whenever" and "Sensation" left off, leaving little doubt that this album was worth the wait. The album includes appearnces by his brother Thundercat, Kamasi Washington, Danielle Withers and Mac Miller. It also includes one of the last features of the late George Duke, who passed away in 2013.

Triumph is available for purchase on iTunes, Google Play and Amazon. Trust us, you need this in your collection.