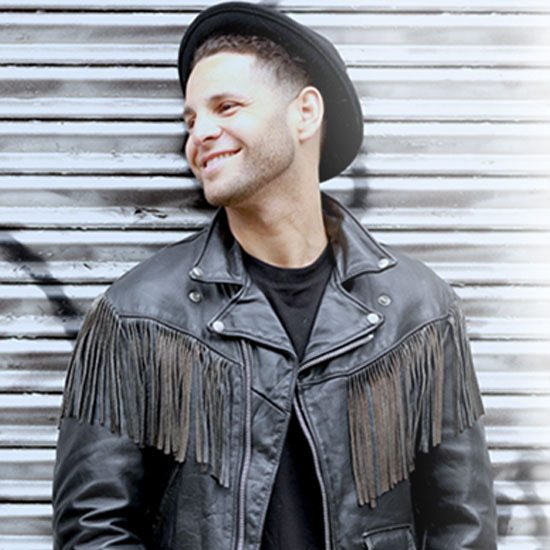 March 9, 2017 will mark the 20th anniversary of The Notorious B.I.G.'s death. Tributes will no doubt be coming from every direction this week, but there's one that we'd like to direct your attention to that's worthy of King Biggie and loops in soul music royalty The Isley Brothers, too. Singer/songwriter/producer Johnny Burgos shows love to both legendary acts with his new song "Between B.I.G. Sheets," which finds him mashing up The Isley Brothers' classic "Between the Sheets" with The Notorious B.I.G.'s classic "Big Poppa" in a sophisticated blend of soul and hip-hop that showcases his vocal talents.

Over a bed of guitar, percussion and synths, Burgos begins singing "Between the Sheets" and you'll need little convincing to join him once you hear his butter smooth voice. When he gets to the bridge, however, he flips the script and flows just as smoothly into the first verse from "Big Poppa." Burgos spits Biggie's lyrics and does his fellow Brooklyn native proud. Produced by production team EMW Music Group, the arrangement of this song just works from start to finish. We've heard remixes, covers and mashups of "Between the Sheets" and "Big Poppa" (which famously samples The Isley Brothers' hit) before, but Johnny Burgos' rendition is a fresh take that has us open like the first time we heard both originals.

"Between B.I.G. Sheets" definitely has our interest piqued and looking forward to more from Johnny Burgos, who describes his music as "a raw uncompromising sound rooted in soul revealing beauty from pain, hope from despair and the will to keep fighting." You can get a taste for his musical stylings on his SoundCloud page in advance of his debut project to be released later this year. While you wait for Burgos' official breakout, enjoy the SoulBounce world premiere of "Between B.I.G. Sheets" right here and keep your eyes on his next moves on his website, Facebook, Twitter and Instagram.


TAGS:  audio, EMW Music Group, Johnny Burgos, the isley brothers, the notorious b.i.g.
Previous: Kevin Ross Will ‘Pick You Up’ When You’re Feeling Down Next: Jennifer Hudson Gives An Unforgettable Performance of ‘Remember Me’ On ‘The Voice UK’