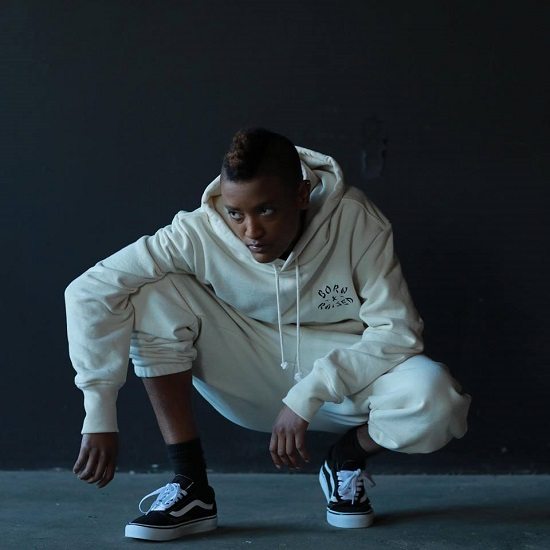 Syd came correct though unexpectedly mainstream on her debut solo set Fin. Being that the singer/producer and founding member of The Internet is a super-talented badass, it should come as no surprise that much more than the 12 tracks that made the cut were created for the album. Syd still caught many by surprise when she took to Twitter to announce that she was dropping a new track. "Gonna drop a song on my soundcloud tomorrow at 10am PST This was my favorite song on #FIN before i had to cut it...," she wrote on the microblogging platform. And now we have the song she was talking about, "Treading Water."

The song itself, produced by Internet wunderkind Steve Lacy and Ronald "Flip" Colson, is a funky little number which features a thick, slinky bass line paired with percolating, kinetic drums and the occasional riff of jazzy keys. Syd seizes the moment to launch a weary lament to a girl she's done wrong. "I'm in trouble now / I done f**ked around with your heart / It's a struggle now / Shoulda never messed with your love, sugar," she opens, making the situation plain as day. Still, though it's obvious that Syd is in the wrong here, her airy crooning and the song's melody easily win you to her side.

With a song that sounds so dope and winning lyrics, what on Earth could've made Syd cut this from Fin? Well, if you happened to listen to last year's Big Sean/Jhené Aiko teamup TWENTY88, you might've heard this same instrumental on their track "Selfish." It seems the duo were able to secure this instrumental first, leaving Syd to make a tough decision. That being said, we're more than happy that Syd decided to share the hot track anyway (and we must admit she freaks it better, too).

Take a listen to Syd's new loosie "Treading Water" via SoundCloud and be sure to catch the free download of the track she's throwing your way as well.