THEY. Offer Up ‘What You Want’ With Debut Album ‘Nü Religion: HYENA’ 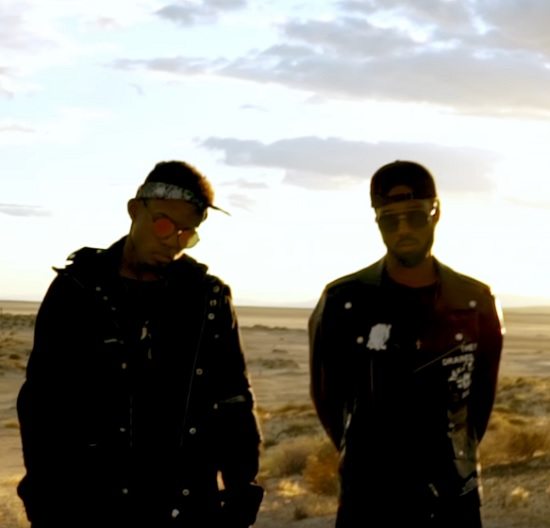 With Timbaland as a mentor and them cutting their teeth as the opening act for both Bryson Tiller, Jeremih and PARTYNEXTDOOR during their recent tours, it's safe to say that the fellas of THEY. have a promising future ahead of them. The purveyors of "grunge-n-b" have crafted a unique sound and cultivated a following with their brand of music. They've also made a few folks take notice with their debut album, Nü Religion: HYENA. Since dropping the project, they've been hawking singles and creative visuals, with "U-RITE" coming first and now the creative clip for "What You Want" continuing their unique vision.

Believe it or not, the visuals for "What You Want" are inspired by Hanna-Barbera cartoons. "I always loved the old school Hanna-Barbera cartoons from back in the day, and I was glad we were able to recreate those signature doorway scenes with some dope video trick," group member Dante Jones said in a press release." His partner in crime, Drew Love, added, "Psycho Films again did an amazing job of capturing the unique energy we put into this song. This may be our favorite video yet." Take a look at the clip and you can see why (though if you're epileptic, we'd suggest that you don't, as — per the warning at video's start — it could cause a seizure). The duo effectively turns a hotel hallway into a funhouse mirror, with the camera zanily zooming in and out of frames with reckless abandon as the images stutter and stop along with the song's beat. It's a trippy trip, to say the least.

You can peep the "What You Want" video and stream their debut via Spotify below. In addition, THEY. is currently on a North American Tour, with three performances happening next week at SXSW. For a full list, check out their website.


TAGS:  audio, Bryson Tiller, Dante Jones, Drew Love, jeremih, PartyNextDoor, Psycho Films, THEY, timbaland
Previous: Eric Bellinger Brings Tropical Vibes With ‘Make You Mine’ Next: Mario Is On A Mission In ‘Let Me Help You’