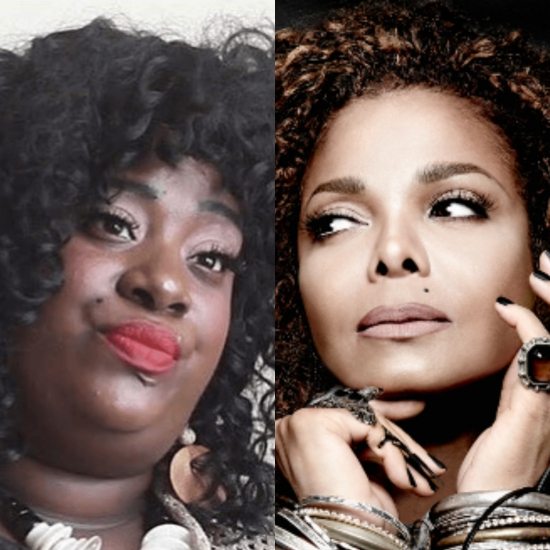 We weren't going to even dignify this with a mention, but since it's grown to ridiculous proportions, we must say something. Since her 1984 marriage to James DeBarge and its subsequent annulment the following year, Janet Jackson has been dogged by rumors that she has a secret child that no one knows about. Though they died down a bit when Janet became pregnant and then delivered her baby boy in January, they picked up steam last month when Etterlene DeBarge took to Inside Edition to claim that not only had she found the secret child, but that she has the DNA test to prove it. Now, the alleged hidden child, Tiffany Whyte, spoke out to Radar Online, saying, "Now that I got the DNA from my grandmother, that it is a possibility... No, it is for sure that they are my parents, she's my grandmother, those are my family and it's time for me to tell the truth." Sigh. We won't even get into the fact that she doesn't remotely resemble a Jackson or a DeBarge (not even Tito). We'll just say this: even if DNA proved that Tiffany was a DeBarge, she would actually need Janet's DNA to prove that she was indeed her daughter — and that ain't gonna happen. The drama continues, though, as James and Tiffany have allowed Radar to administer a DNA test to prove they're father and daughter. The results will (dramatic pause) be released next week. #WeCallBS