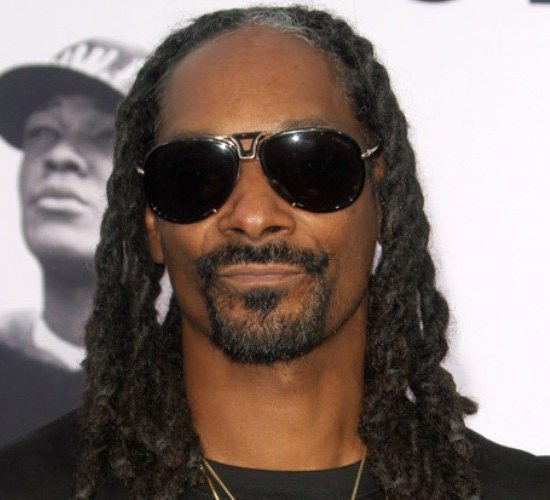 Snoop Dogg Is On The Receiving End Of A Trump Twitter Rant, Hip-Hop Claps Back

Earlier in the week, we brought you the video for BADBADNOTGOOD's "Lavender" remix, which features Snoop Dogg. The politically-charged clip features a clownish buffoon named "Ronald Klump" who bears a striking similarity to the 45th president who shall not be named. Near the clip's end, Snoop can be seen firing a fake gun at Klump, releasing a flag that reads "BANG!" That was all it took to get President Twitter Fingers riled up as he went on a tirade about Snoop's "failing" career and how the same stunt would've ended in jail time for anyone else during the Obama administration (nevermind the fact the folks were literally lynching Obama in effigy for Halloween s**ts and giggles without repercussions). Snoop has remained silent and unbothered about the situation, but his brothers in hip-hop have his back. Everyone from Common to Bow Wow (whose tweet suggesting that he and Snoop would pimp out Melania Trump proves that he should just let grown folks talk) came to the Doggfather's defense. But it was T.I.'s clapback (excerpt: "@snoopdogg is a F**kin Legend u F**king Tangerine Tanned Muskrat scrotum skin, Lacefront Possum fur Wig wearing, Alternative fact, Atomic Dog diarrhea face ass man!!!!") that proved to be the best of them all. #Resist #NotOurPresident