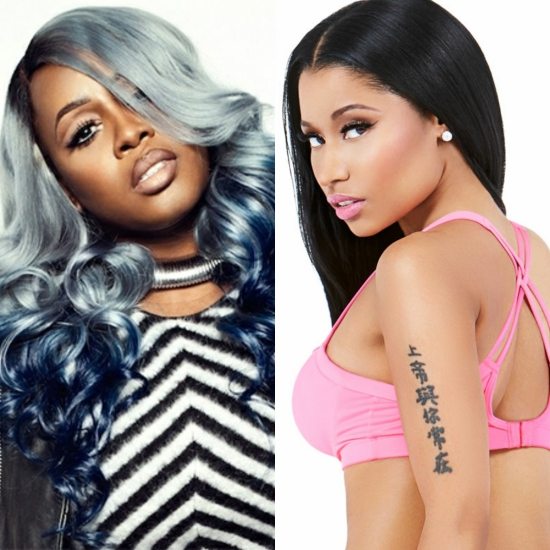 "You wanna see a dead body?" That's how Bronx MC Remy Ma introduced "shETHER," one of the most potent diss tracks we've heard in a while. Aimed squarely at current hip-hop queen Nicki Minaj, the diss pulled no punches and left no stone unturned. Reminisce went in on everything from Nicki's "alleged" butt job to her rumors of her sleeping around for fame (dragging Trey Songz, Ebro Darden, Gucci Mane and Lil Wayne into the mix for good measure) to her brother's legal issues over Nas' famed "Ether" beat. Nicki's response? Well, there hasn't really been one. Instead, the clown-voiced rapstress has been uploading flicks to Instagram to show just how unbothered she is — though she was anything but when the track first broke, posting Remy's album sales and going after allies like Songz for not flat out denying Remy's accusations. With another diss track from Remy, "Another One," having dropped last night, the world is waiting to see how (and if) Nicki will respond or if she's just gonna sit back and take this L.  #ShotsFired